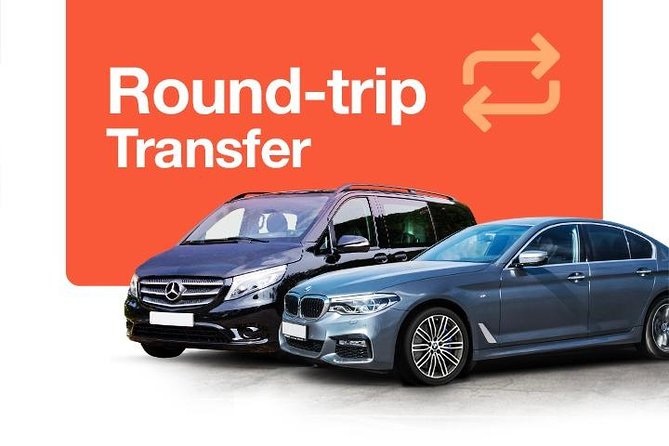 Enjoy this half-an-hour round trip and and get a hassle-free transport with comfort and safety, while avoiding long taxi queues. This is a private transfer.

Arrival private transfer: Upon your arrival to Prague Ruzyne International Airport your driver will greet you with a nameplate and transfer you to your hotel in the city.

Departure private transfer: Upon your departure from Prague, you will be picked up from your hotel located in Prague and be transported to the airport. Your driver will meet you at hotel lobby.

Please give the voucher that you receive upon booking, to your driver.

Each passenger may carry one piece of luggage with a maximum weight of 20 kg and maximum size of 158 cm. Please note that we may charge extra for each additional item.