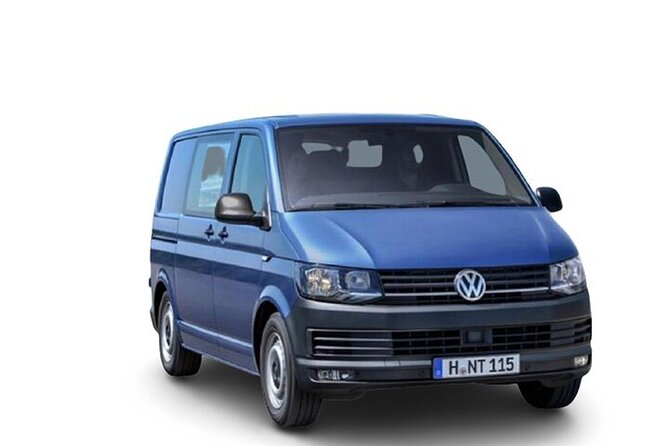 Door to Door transfer from Dublin airport (arrivals area) to your hotel or any address in central Dublin. Operates 24/7.

Your driver will meet you at the airport with a sign showing your name. Reliable door to door private transfers. Choose from a range of vehicle sizes to suit the size of your group.

Experience security, timeliness and comfort, relax and enjoy your trip from the moment you arrive at your destination.

Flights are monitored by the local operator, so if your flight is delayed, don't worry, the flights are regularly monitored and the driver will be waiting for you at the actual flight arrival time. 24/7 phone assistance provided by local operator in case of any last minute changes to your transfer.

Meet and greet at the airport

Up to 8 pieces of luggage per booking

The duration of transfers are approximately 40 minutes, the exact duration will depend on the time of day and traffic conditions

Your arrival flight is monitored in case of any delays

A maximum of 8 person per booking