Private Óbidos, Nazaré, And Alcobaça From Lisbon - With Reviews & Ratings 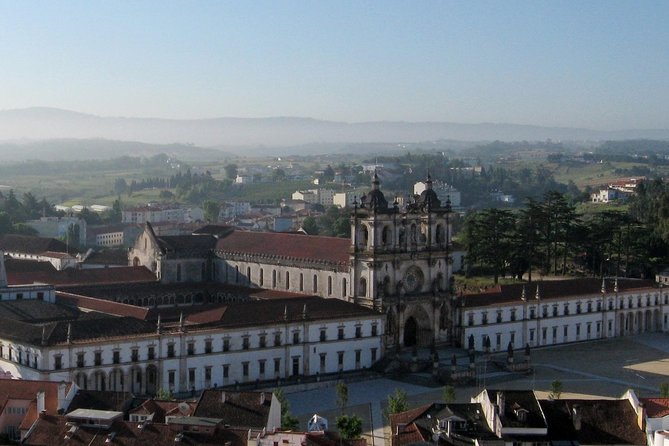 Explore the rich and valuable heritage left by theCistercianorder inPortugal and visit one of Portugals most important monuments classified as world Heritage sites by UNESCO the Monastery of Alcobaa. After lunch in Nazar, a village famous by its giants waves, discover bidos, a medieval village completely surrounded by the old castle walls and classified asliterary town by UNESCO. Before you leave, dont forget to taste the typical gastronomy, chocolate and Ginja de bidos, a kind of world-famous cherry liqueur.

In the middle of the 12th century, the first king of Portugal, Afonso Henriques, agrees with the Religious Order of the Cisterians the built of the Royal Abbey of Santa Maria de Alcobaa (UNESCO heritage), the first entirely Gothic Portuguese construction.

Throughout the remaining Middle - Ages, the Cistercian monks had a major role diffusing the young Portuguese language and in the development of agriculture techniques.

At the abbey, since 1269 was established the first Public school, and also assistance and work for the less favoured.

Also at the abbey the remarkable tombs of King Peter I and Ines de Castro, a tragic and beautiful love story, lovers side by side for eternity.

(Upon arrival we strongly recommend a cup of coffee and the famous monastic pastries at the Alcoa pastry coffee shop. After the visit to the Abbey a short visit to the SPAL Ceramics).

Free time for lunch at the fishing village of Nazar, outstanding for its sea related traditions and sightseeing. Stanley Kubrik and Cartier-Bresson were some of the famous worldwide photographers that lost their way photographing the village and its traditions.

After Lunch, get into the narrow alleys of bidos, a medieval wall surrounded the village, conquered from the Moors in 1148, and taste the famous bidos cherry liqueur, a cultural heritage from that Era.

All Monuments and Museums entry fees