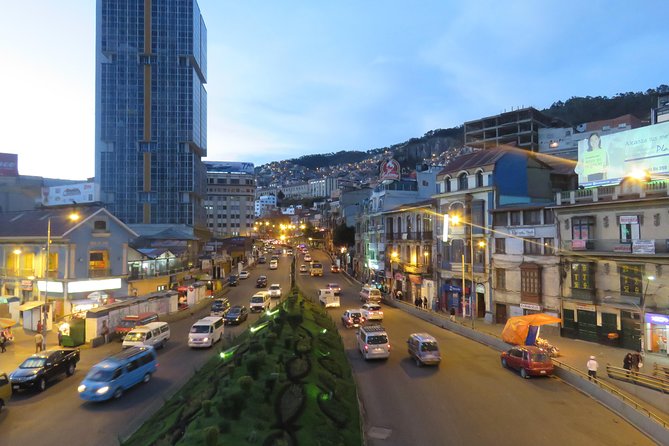 Welcome to La paz , Bolivia
Tour of the main tourist places of the city of La paz.
Among our main activities we present you a tour of the CABLE CAR RIDE.
City, from where we will be able to make spectacular photographic shoots of the "Urbe Pacea".
Later we descend to the residential area of the city to go to the famous
VALLEY OF DE MOON extraordinary geological formation, which resembles a Lunar landscape,
in this we will make a short walk of 15 minutes (aprox).
We continue our journey, returning to the old town,
HISTORICAL CENTER of La paz, to visit the Main Square
"PEDRO DOMINGO MURILLO" and its most representative buildings.

Our tour contemplates the visit to the panoramic viewpoint KILLY, since at this point it is possible to take 360-degree photographic shots. At a height close to 3,700 m.s.n.m.
You will visit the famous BRUGES MARKET. this market teaches us about the typical Andean rituals to ask favors from Mother Earth, as well as to thank her for her blessings. Jointly is the ARTESANAL MARKET, a place where visitors can buy typical crafts of our country.
Visit to the CHURCH OF SAN FRANCISCO, of colonial architecture, that teaches us a little about the Baroque mestizo decoration and inside the beautiful colonial paintings.
You enter one of the most emblematic streets of the city, LA CALLE JAEN. It is distinguished from other streets by preserving its colonial architecture, and gives you the opportunity to learn a little about the history, within the different museums that are located there.
To finish this urban adventure, you are offered a tour of the exteriors of SAN PEDRO PRISON.

Entry/Admission - Valley of the Moon