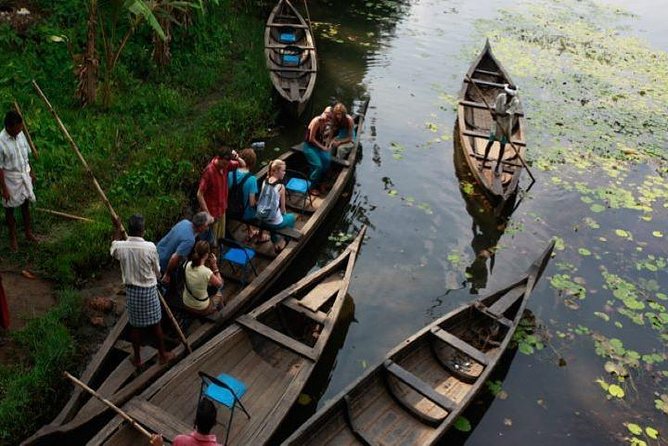 Join us for the private full-day sightseeing tour & explore Kochi (Cochin) city in an air-conditioned transport with a professional guide. Explore the vastly diverse and rich culture of this city, which included Jews, structures left behind by people of Portuguese, heritage of passed on by Chinese traders and so much more. The beautiful city is not only popular for its antique monuments, forts, etc. but also for its striking beauty.

Itinerary
This is a typical itinerary for this product
Stop At: Mattancherry Palace, Palace Road, Kochi (Cochin) India
It is home to a tiny Jewish community, whose origin goes back to 2000 years. It attracted invaders and traders from far off and was the epicenter of trade, especially that of spices. It has the oldest synagogue in the country.
Duration: 2 hours
Stop At: Church of Saint Francis, Old Kochi, Kochi (Cochin) India
Built in 1503, by a group of Portuguese Franciscans friars this is Indias first European Church. The church was initially a wood and mud structure dedicated to St Bartholomew. Vasco da Gama was buried here in 1524. Although his remains were taken back to Lisbon 14 years later, his tombstone remains intact.
Duration: 30 minutes
Stop At: Chinese Fishing Nets, Fort Kochi Beach Kochi-682001 Kerala India, Kochi (Cochin) 682001 India
It is a unique method of fishing, with time it has become the biggest tourist attraction. Chinese fishing nets - Cheenavala in Malayalam - are believed to have been introduced in Kochi by Chinese explorer Zheng He, from the court of the Kubla Khan. The fishing nets were established on Kochi shores between 1350 and 1450 AD. The huge cantilevered Chinese fishing nets droop towards the waters like over-sized hammocks have become a hallmark that represent Fort Kochi on the tourist map.

Cochin is the former name of Kochi