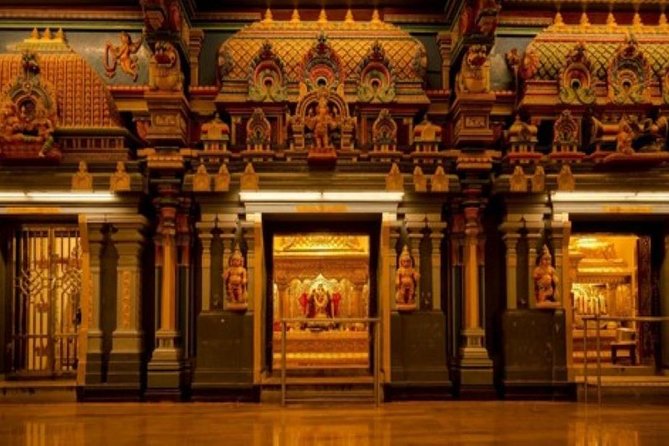 Pondicherry (also known as Puducherry) used to be a French colonial settlement in 1954, but now is an union territory of India. There is a strong French influence in the city, especially in the old quarters, with Rues and Boulevards lined with Mediterranean style houses and bakeries, although the city remains very much Indian. Explore this beautiful little city with our experienced and professional guide, comfortably in an air-conditioned vehicle.

Pick up from hotel in Pondicherry city.

All sightseeing provided in air-conditioned vehicle with guide

Visit Shree Aurobindo and The Mother, his most eminent disciple, set up the Aurobindo Ashram, Auroville in 1926. Together they explored the possibilities of yoga and meditation as a path to salvation. At the Ashram residents continue to practice their teachings and run a lot of the cultural activity in Pondicherry. There is an educational centre, which occasionally hosts lectures, screens films and holds play performances. The sun, surf and sand are best at the beaches a little outside town. Called Serenity, Quiet and Reppo they manage to live up to their name. The town beach has a 4-meter high statue of Mahatma Gandhi and French World War I memorial. There is a 150-year-old Lighthouse also. The French Institute is in a stylish colonial building. It has some remarkable old French books that are very rare. The Romain Rolland library has over 60,000 volumes and overlooks the sea. Along with the kepis capped cops and its streets being called rue, it is the churches that help the town retain its European charm. Thechurch of Our Lady of the Immaculate Conception or Notre Dame de la Conception is almost 300 years old. The church to Our Lady of Angels is famous for an oil painting that was gifted by Napoleon III. The most magnificent however is the grand gothic Sacred Heart Church with 3 stained glass panels of the life of Christ. Just outside town is a copy of the Basilica at Lourdes. Many temples around Pondicherry are dedicated to Ganesh, the half man half pachyderm god who is the Destroyer of all Obstacles. The oldest ones date back to the 10th century Chola Empire. The Vinaynagar Manakula temple has a golden dome and a collection of 40 beautiful friezes.

Drop off at the hotel in Pondicherry city.