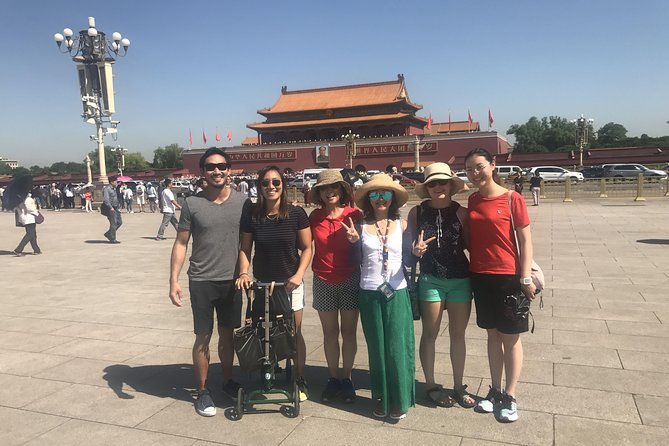 Experience the best of Beijing by private car during a private, customized tour with a knowledgeable local guide. Take the8 hour full day tour.Your personal guidewill help you design the perfect itinerary, see Beijing highlights from palace,temples, gardens and museums to the flea market. Visit the Panjiayuan Market, souvenir market, explore the art district neighborhood shops, visit a local fruit or vegetable market and sample Chinese cuisine, taste the Chinese Tea. Travel at your own pace, and stop to snap photos, grab a souvenir or explore. BeijingCity is at your fingertips on this private tour!

While in Beijing, use the services of a professional local guide to customize your own sightseeing itinerary.This is afull-day tour last between 6-8 hours to suit your schedule, you can decide the pace of your day and how much youd like to fit in with your informative and friendly tour guide. Visit your choice of historic, cultural and culinary attractions in the vibrant capital and after youve seen the sights, your guide offers convenient drop-off at your hotel.


Full Day (6-8 hours) Custom Tour by private vehicle
Six to eight hours of sightseeing allows you to take in even more of the city. Start with a visit to the largest city central square Tian'anmen square, explore the museums and courtyards inside the Forbidden city(Not open on Monday except July and August). Perhaps head to the national museums to the Hutong area and take a rickshaw to enjoy a bit of the old Beijing that remains in the street food, traditional alleys and culture.

How about touring the Coal Hill park where you can have the birds view of the Forbidden city or Beihai park and its Garden. You can take in the famous Tibetan Buddism Temple-Lama temple, where the locals go and worship, head to a local tea house where you can appreciate the Chinese tea ceremony and taste tea or perhaps see the While CloudsTaoist Temple.

No matter what your interests are, theres always a great neighborhood to explore in Beijing. Consider the Shilihe flower and fish market where the locals go and buy pets. Get a sense of local Beijing Life in the Hutong Neighborhood by visit the fruit and local vegetable market.

Please note:
1:This tour provides you with a professional guide and private vehicle. You will be responsible for additional charges during the day, such as any admission fees and food.
2: If you want to go to thesites out of the 4th ring road of Beijingcity, will have the extra cost
3: When make booking please put your special interests or places you want to go in the "special requirement", so your guide can design and plan the day in advance.

Passport name, number, expiry and country is required at time of booking for all participants( if you chose to visit the Forbidden city)