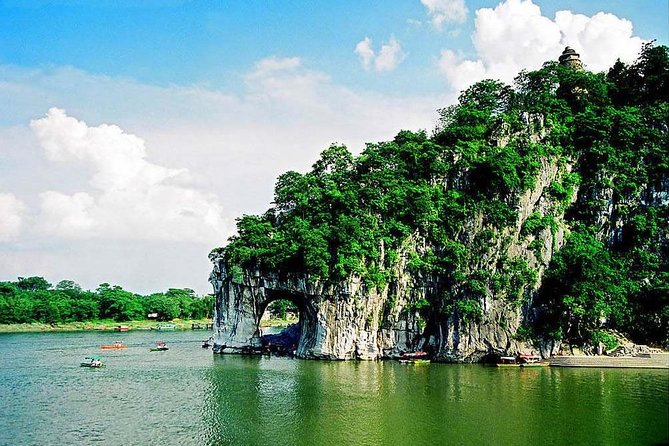 You will meet the English speaking guide at your hotel lobbyataround 9:00in the morning.Go ahead to visit the Elephant Trunk Hill, the most representative and favorable landmark of the city of Guilin, which is apparently a hill bears resemblanceof an elephant standing in the water.

Lunch in a local restaurant.

At last, you will take a trip to the Seven Star Park, which receives the name from its seven karstic peaks. It is considered to be the largest and most picturesque park of Guilin withmore than 120 hectares of mountains, clear waters, amazing stone forests, lush valleys, animals and plants diversity and valued cultural relics.

At the end of the tour, you will be dropped off at your hotel.