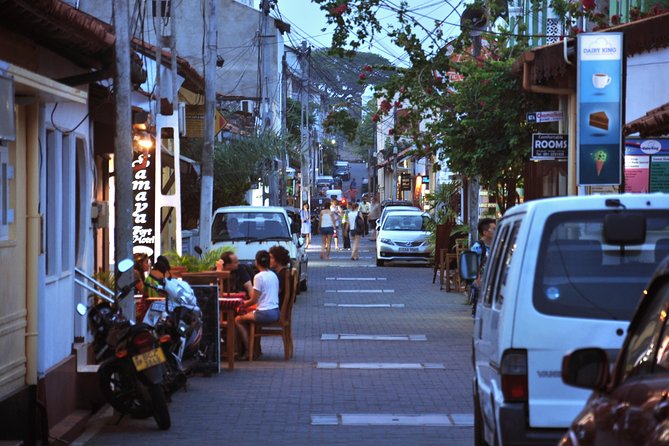 This one-day tour offers you the opportunity to tour the best attractions on the Southern coast of tropical Sri Lanka. Visit a tea factory to discover the mysteries of tea-making. Marvel at the skill of the stilt fishermen. Tour a city of Galle-sri-lanka">Galle and visit the famed Galle Fort. This is a tour for all ages.
SKU: LK60011500

You will be starting your tour at 0700 hrs from your hotel in Colombo, where you will be picked up by your chauffeur. Ensure that you bring a packed breakfast with you if you are unable to have your meal at the hotel.

The first stop on your tour itinerary will be the Handunugoda Tea Factory which you will reach by approximately 1000 hrs Ceylon Tea has been highly sought after for centuries. However, this tea factory is famous for a different reason. The Handunugoda Tea Factory has reawakened the ancient Chinese tradition of creating Virgin White Tea which is untouched by human hands during the manufacturing process. During the one-and-a-half-hour tour of the factory, you will be getting to see how this mysterious process takes place to create one of the topmost luxury teas of the world.

At 1130 hrs you will be travelling to Ahangama for a meet up with stilt fishermen, who are one of the most iconic figures of Sri Lanka. You will be able to see them fishing and learn how they do it by speaking to one of the fishermen.

This coastal city has withstood three foreign invasions; during which time, it grew from a bustling port which was the main stop for ships travelling east, to a fortified and yet beautiful city with many monuments which have withstood the ravages of time. You will be able to view the Galle fort which is a World Heritage Site, the Galle lighthouse, the National Maritime Museum, the picturesque cobblestoned streets with their Dutch names, and many more colonial remnants. You will be finishing your city tour by approximately 1615 hrs.

Finally, you will be going to the Meetiyagoda Moon Stones Mines and get some new appreciation for the jewels that adorn your favourite pieces with this visit to the moonstone mines of Meetiyagoda.See the deep shafts where the stones are mined. Learn more about the rare 'blue flash' moonstones that are mined in the area. Watch the miners wash and sift the mined stones to get those of the best quality. Hear more about the difficulties faced by the miners. Grab the opportunity to purchase some marvellous pieces; though you will need to haggle to get a reasonable price. This tour shows you the traditions of one of the oldest trades in Sri Lankan history - gem mining. You will be returning to the hotel after this and complete your excursion by 7:30 pm.