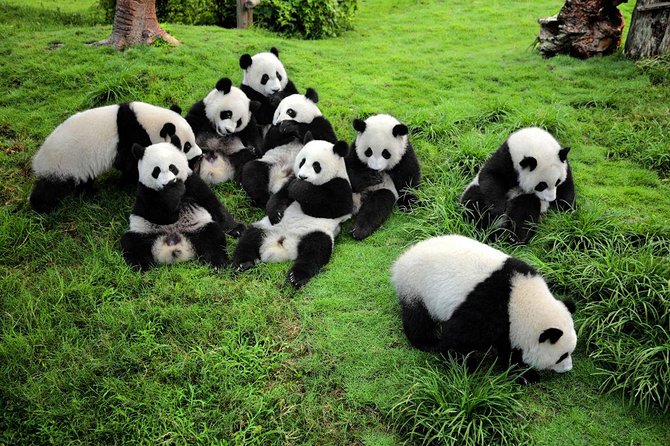 On this one day tour you will visit the Panda Research Base to observe adorable pandas and learn about their life style. Then you go to leshan Buddha to see the largest and tallest stone Buddha in the world. Also you will take a cruise on the river infront of the Buddha to enjoy beautiful scenery betweenmountains and waters.

Your private guide and personal driver will meet you in your hotel lobby at 8:00 in the morning.

You will take a30-minute drive to the Chengdu Research Base of Giant Panda Breeding. Established in 1987 with just six pandas rescued from the wild, this conservation facility has led the charge in Chinese research that means these glorious creatures are no longer considered endangered.

The pandas are more active in the early morning, so this is a good time to stroll through the peaceful bamboo forested park and watch the adorable animals eating, napping, and playing. The grounds are also home to red pandas, black swans, and koi carp, as well as some fascinating museums about the giant panda and its lifestyle.

Lunch in a local restaurant.

In the afternoon you will head to the Leshan Giant Buddha, a 71-metre (233 ft) tall stone statue, built between 713 and 803 (during the Tang Dynasty), depicting Maitreya. It is carved out of a cliff face that lies at the confluence of the Min River and Dadu River in the southern part of Sichuan province in China, near the city of Leshan. The stone sculpture faces Mount Emei, with the rivers flowing below its feet. It is the largest and tallest stone Buddha statue in the world and it is also a UNESCO listed heritage.

After visiting the Giant Buddha, take a cruise on the Dadu River and enjoy the beautiful scene between the mountains and the water.

From here you will be transferred back to your hotel.