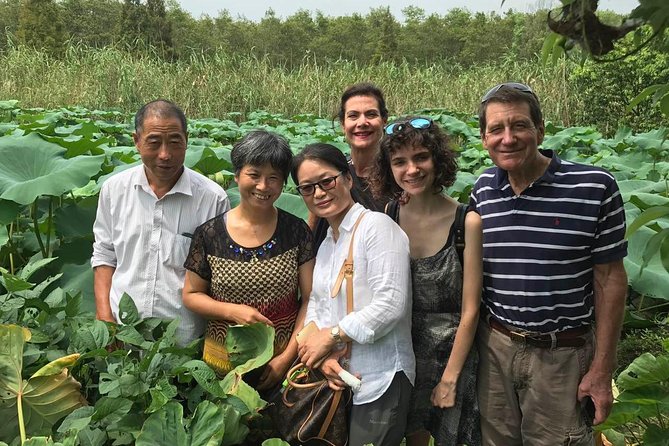 Enjoy this unique 6-hour private tour to beautiful Zhujiajiao water town from Shanghai to explore the rural area. Zhujiajiao is a scenic town featuring old bridges, waterways, antiquated residences and rustic customs and craftsmanship.Taking a gondola ride (optional) through the water town will be an extremely pleasurable experience. Besides sightseeing, you will enjoy a fun time at a local farmer's home where most of food you eat at the lunch come from just minutes earlier through your picking. A good collection of seasonable and organic ingredients will be cooked by extraordinarily hospitable masters with your participation.

Your friendly guide and driver will meet you at your hotel in the morning and make your way to Zhuijajjao, the grass-roots hometown of Shanghai. Enjoy a private lunch at a local farmer's home in the countryside before seeing the sights. Before the meal, you will be ushered around the cottage to be familiarized with its serene and natural ambience, composed of a creek, a swamp, some livestock and fields of various seasonal vegetables. Make yourself at home and join the hospitable host and hostess in picking vegetables, cooking and making dumplings.

After lunch, head to the wet market, where you will see hundreds of stalls in a large trading hall, selling fresh foods. Foods include items such as spices, noodles, rice, and seafood. Next, take a 15-minute gondola ride in the water town, taking pictures of the town as you go. Once your cruise is over, head to the market to do some souvenir shopping. Then, move on to Hexin Garden and tour the Hexin Pavilion. Admire the antiques and architecture of the 200-year old structure before re-boarding the vehicle and heading back to Shanghai