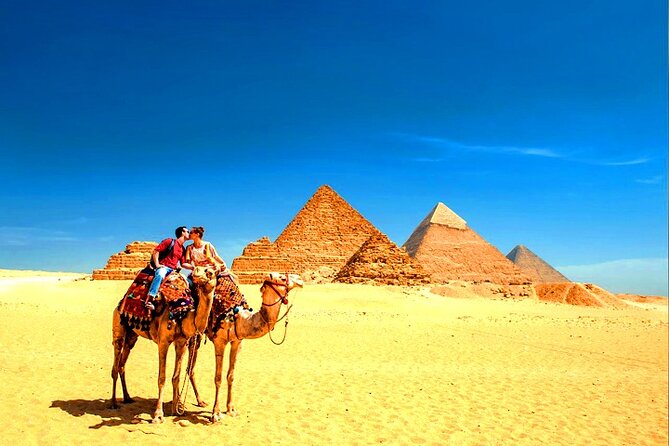 Meet your friendly guide at the lobby of your hotel in Cairo or Giza. Your first stop will be Giza, where you can explore the Giza Pyramids and famous Sphinx. Then enjoy an adventurous 30-minute camel ride in the desert.

Next, visit The egyptian museum, and marvel at the 136,000 artifacts from all over Egypt. See the golden mask of King Tut and some of his treasures.

Your last stop will be Cairo's largest market, Khan El Khalili Bazaar. Try Egyptian specialties or buy souvenirs - you can spend the time at your leisure. You will be transferred back to your hotel once the tour has finished.

Entry/Admission - The Museum of Egyptian Antiquities