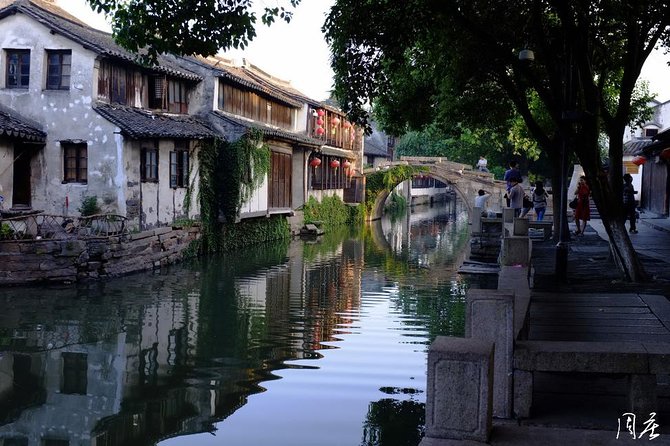 A private day trip to Zhouzhuang water town is a great way to introduce yourself to Chinas Venice. Zhouzhuang is the number one water town in China and with a full day trip, you will experience the most authentic countryside lifestyle in China.
Note: This unit pricing is a group rate for up to 5 people.

Your tour guide and driver will meet you in your hotel lobby around 9am depending on the departure time you choose.

You will drive from your hotel to Zhouzhuang, which is normally around 1.5 hours since Zhouzhuang is about 60km from downtown Shanghai. Your guide will introduce to some interesting historic buildings on the way to Zhouzhuang.

After arriving in Zhouzhuang, your tour will start from the ancient arches and then walk along the ancient canals to feel the water atmosphere, old stone-made bridges and local houses. Then you will see one of the oldest official government house, Zhang’s hall, which was originally built in the Ming Dynasty. Next, you will be taken to one of the richest residential houses, the Shen’s Family Hall which is from the Qing Dynasty. This will help give different perspectives of houses during the different dynasties.

After, take a wooden boat in an ancient canal which is one of the highlights of visiting Zhouzhuang. If lucky, the captain will sing some local folk songs. At the end of the tour, you will be taken to watch the local operator, or, Kun Opera at an ancient stage.

You will be transferred back to your hotel at the end of the show.