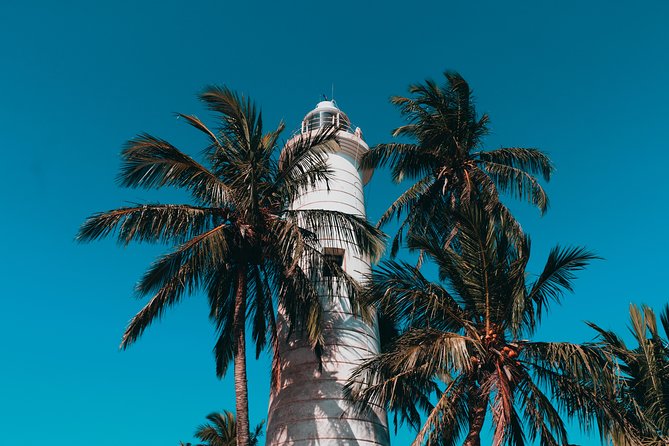 This one-day tour offers you the opportunity to tour the best attractions on the Southern coast of tropical Sri Lanka. Visit a tea factory to discover the mysteries of tea-making. Marvel at the skill of the stilt fishermen. Learn with a cooking demonstration on local food and spices. Relax with a fresh seafood lunch. Tour a city of Galle and visit the famed Galle fort. This is a tour for all ages.

You will be starting your tour at 0800 hrs from your hotel in Bentota, where you will be picked up by your chauffeur. Ensure that you bring a packed breakfast with you if you are unable to have your meal at the hotel. (Travel time 2 to 3 hrs)

The first stop on your tour itinerary will be the Handunugoda Tea Factory which you will reach approximately 0930 hrs. Ceylon Tea has been highly sought after for centuries. However, this tea factory is famous for a different reason. The Handunugoda Tea Factory has reawakened the ancient Chinese tradition of creating Virgin White Tea which is untouched by human hands during the manufacturing process. During the one-and-a-half-hour tour of the factory, you will be getting to see how this mysterious process takes place to create one of the top most luxury teas of the world.

At approximately 1100 hrs you will be travelling to Ahangama for a meet up with stilt fishermen, who are one of the most iconic figures of Sri Lanka. (Travel time 10 to 15 mins) You will be able to see them fishing and learn how they do it by speaking to one of the fishermen.

Thereafter you will be leaving for Galle city at approximately 1230 hrs. Once you reach Galle, at 1315 hrs., you will be having lunch at a Local Restaurant.

This coastal city has withstood three foreign invasions; during which time, it grew from a bustling port which was the main stop for ships travelling east, to a fortified and yet beautiful city with many monuments which have withstood the ravages of time. You will be able to view the Galle fort which is a World Heritage Site, the Galle lighthouse, the National Maritime Museum, the picturesque cobblestoned streets with their Dutch names, and many more colonial remnants. You will be finishing your city tour by approximately 1630 hrs and you will be returning to the hotel after this and complete your excursion by 1730 hrs.

Transport by a private air-conditioned vehicle.

Lunch at a Local Restaurant.

Meals where not specified.