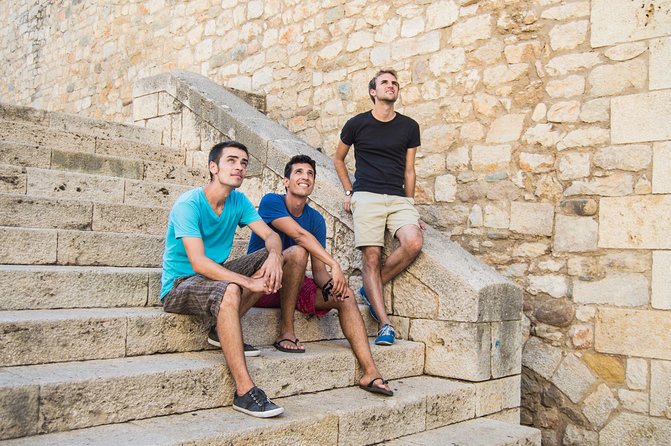 In this seven-hour private walking tour you will head to Girona with AVE (High Speed Train) from Barcelona and you will discover this fantastic city and enjoy its spectacular views. You will visit El call, one of the biggest jewish quarters in Europe, the Girona's Cathedral with the widest Gothic nave in the world and many magic corners around this beautiful city.

Girona is an amazingly beautiful city that holds an impressive historical legacy. Located in the north of Catalonia, possesses a unique and special atmosphere and hides thousands of magical nooks.

We will start off by meeting you at your hotel and heading to the Sants train station (Barcelona), where we will take an AVE (High Speed Train) train that takes just 38 minutes to get to Girona, also known as the city of four rivers.

Once there, we will visit Gironas most emblematic places, like the Cathedral, one of the biggest gothic cathedrals worldwide, the Fora Vella, an impressive first-century Roman fortress, the basilica of Sant Feliu, Sant Pere de Galligans and Sant Nicolau or the Plaza Independencia among others.

The Jewish quarter called Call consists of a labyrinth of narrow streets and patios that have maintained their medieval atmosphere. It is one of the best preserved Jewish quarters in the world and clear evidence of the importance of the Jewish culture in Girona.

Wondering why the Game of Thrones chose Girona to film a season? Your guide will show you all the reasons.

We will stop to have something to drink and an appetizer to replenish ourselves before returning to Barcelona with the AVE train which will take us back to Sants station.

Private tour guide, your guide will meet you at your hotel/apartment

Lunch in a local restaurant

Please, inform in advance in which hotel/apartment you will stay in.

The pickup is only available in Barcelona city area.