Day Trip To Jaipur From Kolkata With Commercial Return Flights

Day Trip To Jaipur From Kolkata With Commercial Return Flights 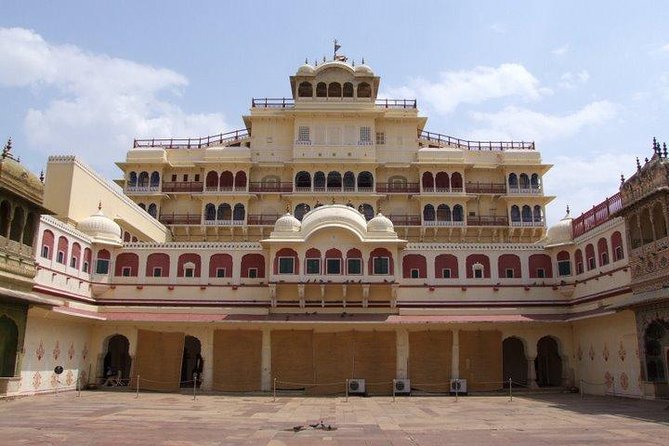 Early morning pick-up from hotel in Kolkata at 3:30am and depart on 5:30am flight depart to Jaipur.

Arrive Jaipur Airport at 8am approx and drive to pink city Jaipur and photo stop at Hawa Mahal - built in 1799 by Maharaja Sawai Pratap Singh. We visit Amber Fort, which used to be the capital of the Kachhwaha clan, till Jaipur was made the official capital in 1727.

On the way to city we stop for photo of Jal Mahal, affectionately known as "Water Palace".

Lunch break, Your lunch will be provided at a local restaurant (At your own expense).

After lunch, we proceed to visit City Palace, the principle residence of the ruling family, known for its stunning architecture, such as Jantar Mantar, a stone observatory built in the 18th century.

Time permitting you can go shopping in Jaipur, which sells hand-woven carpets & textiles in abundance. Witness how silk carpets are handmade.

Evening after a full-day's Jaipur sightseeing, you'll be dropped off at the airport in Jaipur for the 7pm flight departs to Kolkata.

Arrive at Kolkata airport at 9:30pm and be dropped off at your Hotel in Kolkata.

All Transfers/Sightseeing by air conditioned by private vehicle