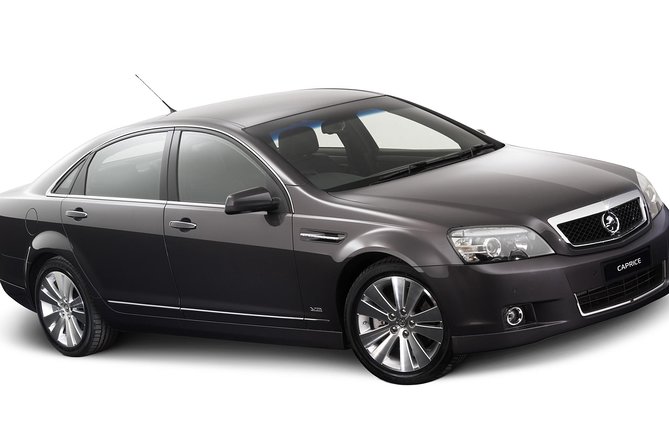 Book a private transfer from your Perth hotel to Perth Airport and enjoy a hassle-free way to end your stay in Perth! Avoid the stress and confusion of taxis or public transportation; instead, your professional driver will pick you up from your accommodation in Perth and assist you with your luggage. Then, sit back and relax in the comfort of your luxury vehicle as youre taken directly to the airports international or domestic terminal.

When making a booking for this private departure transfer from your CBD hotel to Perth Airport, you will need to advise your flight details and your accommodation details. Your transfer will be confirmed at time of booking, and you will be provided with a travel voucher to present to the driver. It's that easy!

Price is per person, based on 3 adults per car/vehicle

Each traveler is allowed a maximum of 1 suitcase and 1 carry-on bag. Oversized or excessive luggage (e.g. surfboards, golf clubs or bikes) may have certain restrictions; please inquire with the operator prior to travel to confirm if your excess luggage is acceptable.

Wheelchair accessible; please advise at time of booking if wheelchair assistance is required

Price is per person, based on 3 adults per car/vehicle

Arrivals between 12:00am and 4:00am may incur an additional fee