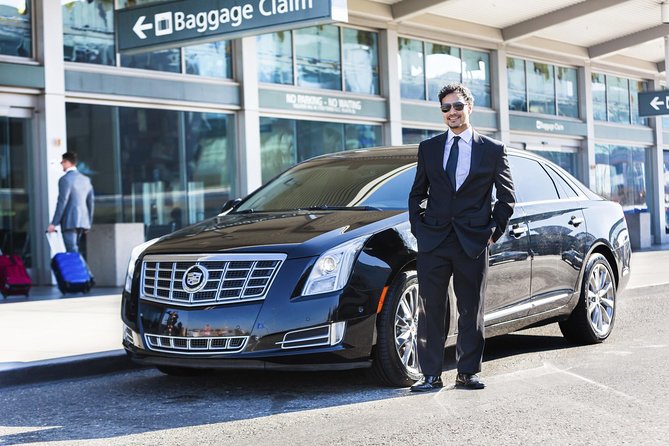 Travel with ease from your Los Angeles hotel to LAX International Airport. This private transfer will save you time and hassle when you need to get from your hotel to the airport. Service is available 24 hours a day, seven days a week.

A reliable private sedan is more comfortable than a taxi and more cost-effective than a limousine. Youll be met in your hotel lobby by your private driver, who will help you with your luggage and ensure your timely arrival to LAX International Airport.

When making a booking, you will need to provide your flight departure details and hotel information.

Price is per person, based on 3 passengers per vehicle.

Price is per person, based on 3 passengers per vehicle.

Each traveler is allowed a maximum of 1 suitcase and 1 carry-on bag per person. Oversized or excessive luggage (e.g. surfboards, golf clubs or bikes) may have certain restrictions

Child seats are not provided in the vehicles. You must bring your own car seat for infants