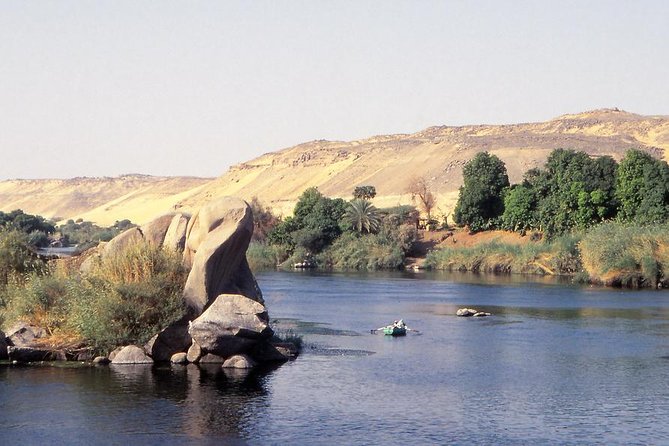 With artifacts which date back to the predynastic periods, Elephantine Island is one of the most ancient sites in Egypt. Spend a few hours exploring the largest island of the region which has an important role on Egyptian history.

Elephantine island is the largest of the Aswan area islands, and is one of the most ancient sites in Egypt, with artifacts dating to predynastic periods. This is probably due to its location at the first Cataract of the Nile, which provided a natural boundary between Egypt and Nubia.

As an island, it was also easily defensible. In fact, the ancient town located in the southern part of the island was also a fortress through much of it's history. At one time, there was a bridge from the mainland to the island.

Elephantine is Greek for elephant. In ancient times, the Island, as well as the southern town, was called Abu, or Yabu, which also meant elephant. The town has also been referenced as Kom, after it's principle god of the island, Khnum (Khnemu).

It is believed that the island received it's name because it was a major ivory trading center, though in fact, it was a major trading post of many commodities. There are large boulders in the river near the island which resembled bathing elephants, particularly from afar, and this too has been suggested as a reason for the island's name.

Please note:
In the event of strong Nile currents, travel will be by motorboat rather than felucca for safety reasons.

Experience a Private and an expert Qualified Egyptologist guide.

Private transportation by air-conditioned minivans ; pick up from hotel and drop off.

Bottled mineral water during the tour.