Sacred Valley Private Tour From Cusco With Moray And Pisac 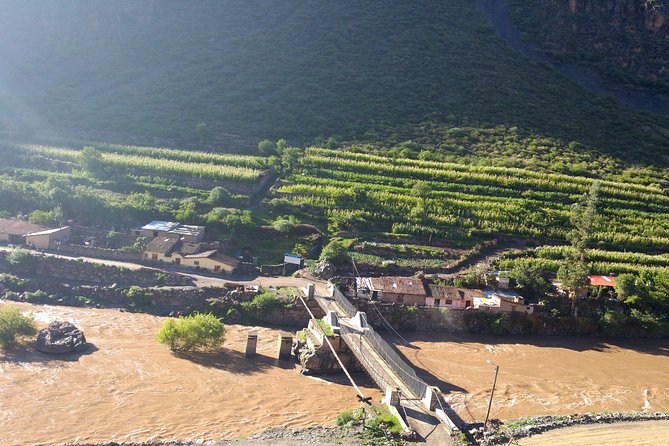 If you are limited to one day, or even if you are not, this is a great way to see most of the archeological sites from the ancient Incan civilization located in the Sacred valley. This full-day tour will travel through elevation levels between 9100-11600 feet (2800-3550 m) above sea level. Enjoy this magic day tour with your knowledgeable tour guide.

After a pick up and briefing at your hotel by your private guide, you will begin your day.

8:00am: Start your tour of the Sacred valley by visiting the impressive ruins of Pisac to appreciate the agricultural terraces and the mysterious cemetery around the site. Then visit the colorful handicraft market of Pisac, where you can see a variety of crafts, textiles, paintings, silver jewelry, and more things at affordable prices.

10:30am: Drive for about an hour to visit the impressive Salineras of Maras. Walk along the ponds where the local people work on the salt evaporation process that has been in use since pre-Inca times.

12:30pm: Next up is the Moray archeological site. It is thought to be an agricultural experiment laboratory built by the Inca. After visiting the site, you can choose to have an incrediblelunch over 11000 feet (3500 m) high in a great restaurant overlooking the Moray site (own expense).

2:30pm: Continue driving for about 45 minutes to visit the Ollantaytambo archeological site, once the royal estate of Emperor Pachacuti during the Inca empire. Explore itsimpressive military and religious center before making the 2-hour drive back to Cusco.

Optional to stay in Ollantaytambo to take the overnight train to Machupicchu.

18:30pm arrive in Cusco City and drop you at your hotel.

Enjoy the magic views of the valleys. Mountain ranges, local people doing farming activities, architecture and engineering constructions over the long period of the Andean Civilizations.