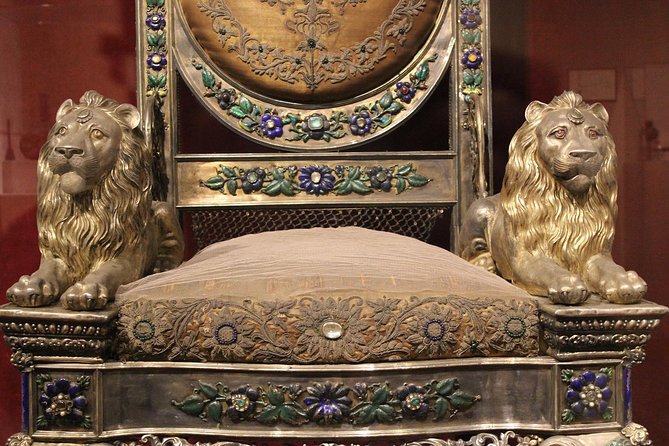 Explore the history of India on a full-day private tour of three of Delhis most important museums. Go to the Teen Murti House in the former home of Indias first prime minister, see objects of antiquity at the Craft Museum, and explore the treasures of the National Museum of India.

Explore the most significant museums of Delhi on a private eight-hour tour to Teen Murti House, the Craft Museum, and National museum.

Located in the former residence of the first Prime Minister of India, Jawaharlal Nehru, Teen Murti House was originally known as Flagstaff House, and when it was built in 1930 it was one of the architectural marvels of The imperial capital. Today, it houses the Nehru Memorial Museum, dedicated to the history of the Indian independence movement.

Continue to the Craft Museum, also known as the National Handicrafts and Handlooms Museum. In the past, the people of India did not have a tradition of setting up museums. Instead, broken images were immersed in holy water, worn out metal objects were melted down to cast new ones, and terracotta votive objects were left to merge with the very earth from which they were created.

But freedom fighter Kamaladevi Chattopadhyay had the vision to set up this museum in the 1950s and 60s, in order to display distinctive pieces that reflect the tradition of Indian craftsmen through painting, embroidery, textiles, and various crafts of clay, stone and wood. The museum also houses a delightful village complex spread over five acres (20,000 square meters); representing village dwellings, courtyards and shrines from different states of India.

Finally, a visit to the extensive National museum of New Delhi, the largest museum in all of India, where you will see objects from the prehistoric era to even the most contemporary works of art, armor, and archaeology. One of its most prized collections are the sacred relics of the Buddha (5th-4th century B.C.), which were unearthed from Piprehwa in the northern province of Uttar Pradesh.

Please note that all museums are closed on Monday, thus this tour does not run on Mondays.