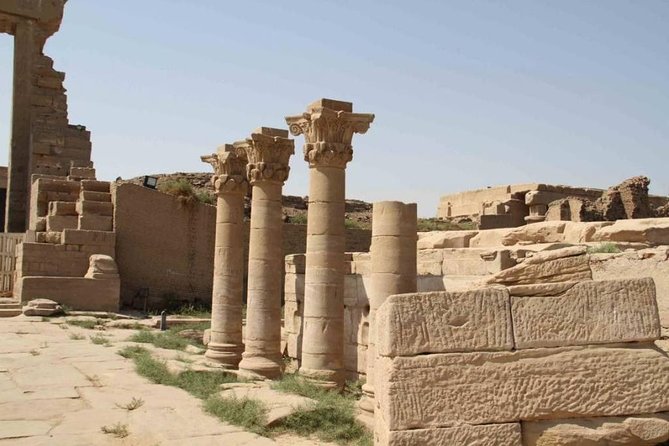 Go to the north of Luxor in an expedition to visit the temple of King Seti I which dedicated to god Osiris at Abydos and the beautiful temple of goddess Hathor at Dendera, goddess of Music and love.

At 7.00 am, Our tour guide will lead you from your hotel in Cairo or Nile cruise by air conditioned vehicle towards Dendera Temple which is located about 50 KM north of Luxor and 4 KM from the River. It was one of the principal cult centers of the goddess Hathor Goddess of Maternity, Joy, Music, and love", The Greeks identified goddess Hathor as Aphrodite. The site contains a large number of structures from different periods of Egyptian history, but most prominent today is the Greco-Roman Hathor temple, which was largely constructed between 54 and 29 BC. Visitors can wander the columned halls, underground chambers, and stairways of the intact building, which is covered with hieroglyphic inscriptions.

After that continue your journey further north towards Abydos one of the oldest cities of ancient Egypt which was the head of God Osiris God of Underworld. Abydos is notable for the memorial Temple of seti i, which contains an inscription from the nineteenth dynasty known to the modern world as the Abydos King List. The temple was built by King Seti I and completed by his son King Ramses II.