Private Granada Day Trip Including Alhambra And Generalife From Seville 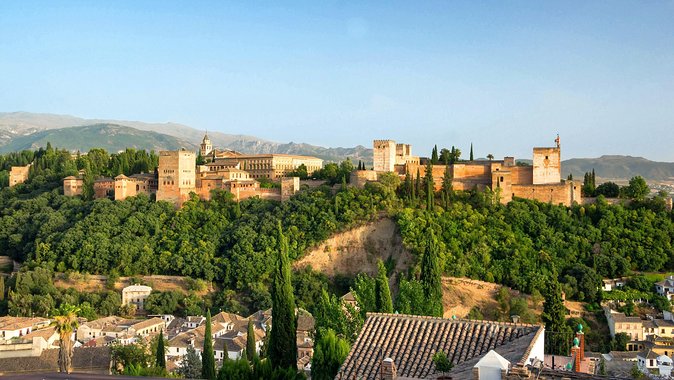 Steep in Granadas history on this private full-day tour of Alhambra and Generalife Gardens from Seville. With your guide, visit Granada and Alhambra Palace on this private trip from Seville. Enjoy the most important palace-fortress of the Islamic world wedged between Granada and the Sierra Nevada mountains, and take a guided tour of its attractions, including the Alcazaba, Albaicin, Nasrid Palace, and Generalife Gardens.

Begin your tour by meeting your guide with a convenient pickup at your central Seville accommodations. Set off for Granada early in the morning. Pass a range of stunning villages on the drive, such as Estepa, Antequera, and Loja. After seeing the beautiful countryside of the Andalusia, arrive in Granada.

The city possesses a vast cultural and historical legacy and is presided over by the famous Alhambra palace. The Alhamabra was an Arabic palace where the Nasrid dynasty used to reside. Now its one of the most beautiful places in the world and the Andalusia. Learn about its rich history from your guide as you stroll the grounds. See the remnants of the many different cultures and religions that encompassed this site. You wont want to miss the lush Generalife Gardens, or the old Moorish quarter, with its narrow streets, flower-filled squares and spectacular Alhambra views.

Proceed to the city center where you will have free time to have lunch, shop, and simply relax while enjoying the beauty of the city. Your guide will pick up you to take the way back to Seville and arrive before dinner.