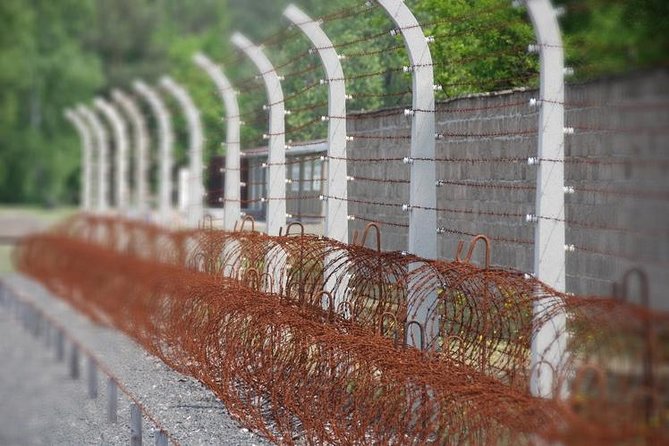 Experience a comprehensive visit of the former Sachsenhausen Concentration Camp, just north of Berlin, on this 2-hour private tour. Together with apersonal guide, view different sites and exhibitions in the memorial area of the concentration camp that imprisoned thousands and murdered many during WWII. Learn about the history of the camp and the Nazi party as you gain insight into one of history's biggest tragedies.

This half-day tour begins when you're picked up at a time of your choosing from your Berlin hotel. Board your private car or minivan with just your group and your personal guide, then drive about 40 minutes north of the city to the former Sachsenhausen Concentration Camp. Between 1936 and 1945 more than 200,000 people were imprisoned in Sachsenhausen, and thecamp was the center of the whole system of concentration camps used from 1936 to the end of the Third Reich in May 1945.

Uponarrival, set off with your guide to explorethe remaining buildings and grounds that are nowopen to the public as a memorial and museum. Examine theexhibitions and buildings on display, andlearn aboutthe particular history of each site from your guide's insightful commentary. Watcha thematic presentation that examinesthe concentration camp system and Nazi Germanyin a wider context.

After roughly two hours at Sachsenhausen, return to your vehicle and journey back to Berlin, where your tour concludes with a drop-off at your location of choice.

Tour not suitable for children under the age of 16