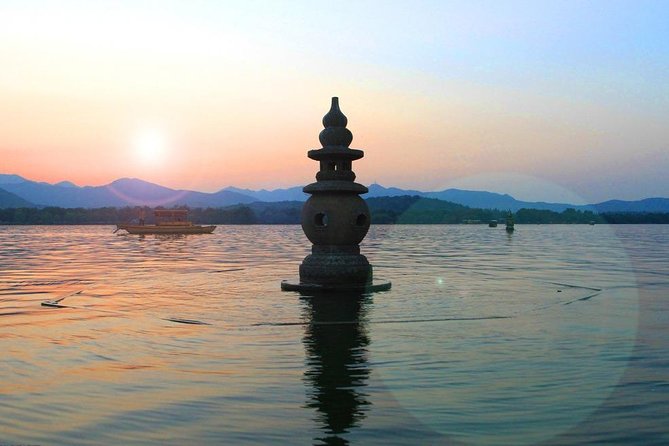 As one of the most beautiful cities in China, Hangzhou is a historical city with lots of must-see attractions. With the assistance of our knowledgeable guide from MoreFunAsia Shanghai Tours, we will transfer to Hangzhou by bullet train, visit around the West Lake, enjoy some free time at Hefang Street and visit one of the oldest Chinese medicine shop. The itinerary includes the West Lake, West lake cruise, Flower Harbor Park, Hefang Street and Hu Qing Yu Chinese Pharmacy.
1. Comprehensive sightseeing tour of Hangzhou
2. Take a boat to visit the West Lake
3. Enjoy the surrounding mist-cloaked hillsides, pavilions and willows
3. Wander in Hefang Street and enjoy local lifestyle
4. Hotel pick-up and drop-off service.

Itinerary
This is a typical itinerary for this product
Stop At: Hangzhou, Hangzhou, Zhejiang
Hangzhou,the capital of Zhejiang province is one of the important tourism cities in China, and also the political, economic and cultural center of the province as well. It sits at the head of Hangzhou Bay, which separates Shanghai and Ningbo. Hangzhou grew to prominence as the southern terminus of the Grand Canal and has been one of the most renowned and prosperous cities in China for much of the last millennium.
Duration: 1 hour
Stop At: West Lake (Xi Hu), West Lake Scenic, Xihu District, Hangzhou 310000 China
The city's West Lake, a UNESCO World Heritage site, immediately west of the city, is one of its best-known attractions. Upon arrival in Hangzhou, firstly go to the West Lake, which is undoubtedly the most renowned feature of Hangzhou, noted for the scenic beauty. In this scenic area, Flower Harbor (Huagang) Park, the Su causeway, etc are the most frequently visited attractions. A boat ride will be provided there.
Duration: 1 hour
Stop At: West Lake Colored Port View Fish Garden, Xishan Road, Xihu District, Hangzhou 310007 China
It was initially built and owned by Lu Yunsheng who was an imperial official of the South Song Dynasty is adjacent to Su Causeway and consists of Red Fish Pool, Peony Garden, Flower Garden, widespread lawns and woods, occupying an area of 21 hectares.
Duration: 30 minutes
Stop At: Hefang Street, Shangcheng District, Hangzhou 310002 China
We will visit one of the oldest Chinese medicine shop at Hefang Street. It is an ancient street with a long history and deep cultural heritage. It used to be the "Royal City Roots" of the ancient capital city of Hangzhou. It is also the cultural center and economic and trade center of the Southern Song Dynasty. The old name shops on the street are still familiar to Hangzhou people even today. Enjoy some free time there before going back to Shanghai by bullet train.
Duration: 3 hours