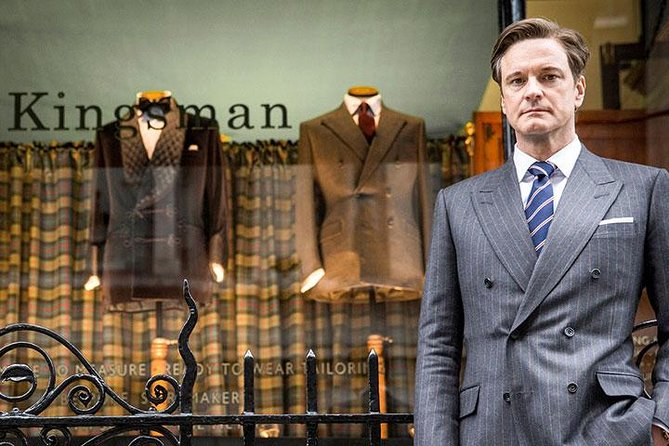 Combine the cultural delights of London-united-kingdom">London with the secret world of the King|s crosssman on this private 3-hour film locationtour of the Britishcapital in a traditional London Black Taxi. Accompanied by a guide and driver, delve into the world of the secret Kingsman organizationby visiting several of the locations featured in both films with Colin Firth. Visit the Kingsman HQ, Harry Harts home, the pub where Harry showed how 'Manners Maketh Man' and more. Deepen your knowledge of London and enjoy personalized attention from your guide on this small-group tour limited to 4 people.

Your mission is to ventureinto the world of the secret Kingsman organization and seesome of the filming sitesthat have featured in bothhit movies starring Colin Firth and Taron Egerton.

The Kingsman tour by London Black Taxi takes you around some of the key sitesfrom the first two films and explore placessuch as Mayfair, St James, Kensington and Westminsterin the comfort of a traditional London Black Taxi, the same style of vehicle used by a Kingsman operative in both films.

After a pick up from your central London hotel your driver and guide will take you around numerous locations including the HQ of the Kingsman organization in Savile Row and itself a real tailor shop in the worlds most prestigiousstreet for bespoke suits and garments. You'll also get to see the new HQ of the organization featured in the second film.

Other sites included on the tour are where Harry Hart meetsProfessor Arnold played by Mark Hamill. Not far from here is Harry Harts home, faithfully rebuilt since its destruction in the second movie. While traveling by London Black Taxi you will get a chance to drive into a part of Hyde park not Normally accessible by other vehicles to see where eggsys specially adapted Black Taxi makes a dramatic underwater escape fromCharlie Hesketh, a former Kingsman trainee.

Of course, the tour wouldn't be complete without a comfort break to the pub setting where Harry Hart teaches some of the local lads about how Manners Maketh Man.

As part of the tour thereare opportunities to get in and out of the car with some walking required, so be sure tobring comfortable shoes and dress for all seasons.