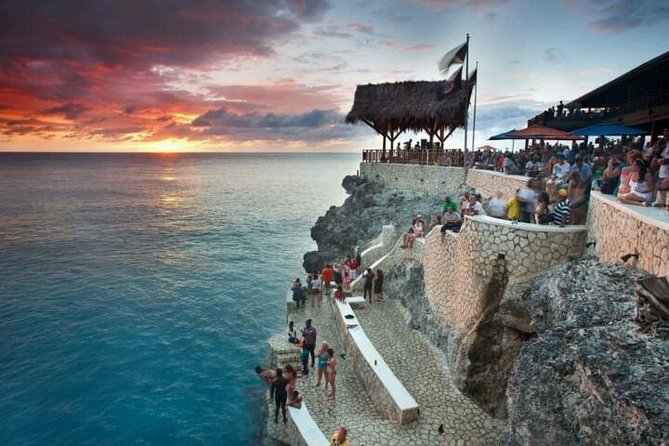 This private excursion will take you to the Negril 7-mile White Sand Beach, shopping and then to Rick's Cafe. On this excursion you can explore your specific interests and indulge in fun activities. You will have a guided sightseeing tour, picturesque stops and get all the exciting facts on your path to Negril.

Relax and enjoy paradise. After booking this tour, you will enjoy the leisure of Negril like never before. After discussing you ideas for the day and drafting your itinerary, off you go into the welcoming sunshine. You can beach hop along the 7-mile stretch of beach - swimming, snorkeling on the reefs, sunbathing and participating in various water sports and activities such as beach volleyball. You can also go horseback riding, kayaking, glass bottom boat sighting and sea bike riding (at an additional cost).

After a lovely day on the beach, you can go shopping for souvenirs. You will then head from the beach to Rick's Cafe. At Rick's Cafe, you will be able to view the most amazing cliff divers as they jump from the high cliffs into the crystal clear water below, or you can go for dive yourself! You can also relax and the enjoy the live reggae music as you admire the amazing views of the sunset. Top everything off with a bite to eat or a tropical drink from the restaurant and bar (at additional cost).

Children under the age of 3 years are free