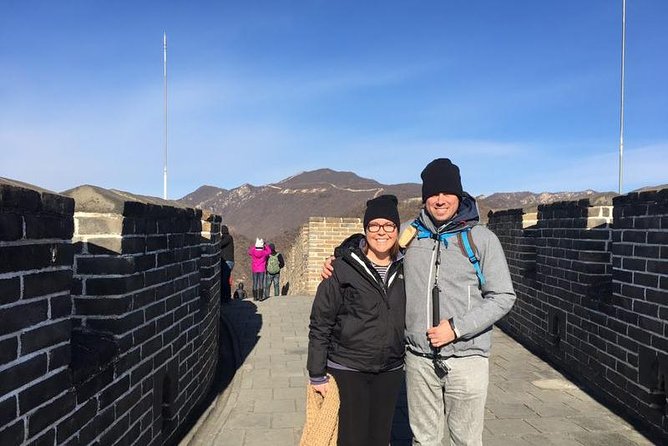 Having a private vehicle for a memorable trip to the Great Wall at an extraordinarily good price! You will have maximum freedom in choosing your itinerary and the landmarks you want to visit on the way. You will save time by reaching your destination in the shortest time and you will have a personalized service provided by an experienced and polite driver.

Your driver will pick you up at your hotel in Beijing city center and will drive you to the Mutianyu Great Wall. The ride to Mutianyu section will take about 1.5 hours. Sit back and enjoy the sceneries along the way.

After your tour, you will meet your driver at The place where you are dropped off. You will be transferred back to your hotel in Beijing.

Please note this is only a private transfer service, entrance fee, meals and tour guide are not included. Your driver speaks basic English only, and if you have any questions on the road, you can use the driver's mobile phone to reach out the local operator.

Tour guide if the related option been selected

Entrance Fee if the related options not been selected

Infant seats are available on request if advised at time of booking,infant (0-3 years old ) is free they do not occupy a seat

You may have a Chinese speaking driver, but he knows exactly where to go, you can use his phone to call a translator if needed at any time during the ride. If you do require an English speaking driver, please add in the "special requirement" upon booking