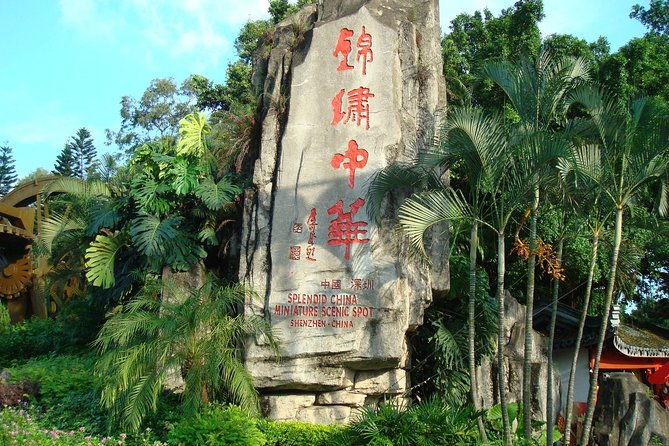 Visit Shenzhens Splendid China Folk Village one of the citys star attractions on a full-day tour from Guangzhou, and enjoy personalized attention from a private guide! After learning about Shenzhen background and of its status as a Special Economic Zone (SEZ) city, head inside Splendid China Folk Village to explore and discover Chinese culture. The site comprises two parts; one is a miniature park with replica models of Chinas top landmarks, and the other is a cultural folk village, showcasing the cultures of Chinas many different ethnic groups.

Leave your Guangzhou hotel by air-conditioned minivan, and then travel south to Shenzhen with your private guide. The journey lasts just under two hours, so as you travel, your guide will keep you entertained with tales and trivia about the intriguing city. Hear how it turned from an insignificant fishing village to one of Chinas boom cities, thanks to the governments re-birth of the city as an SEZ an act that attracted lucrative foreign investment to Shenzhen.

Swing past Shenzhen's sleek high-rise buildings as you enter the city, and then head inside Splendid China Folk Village an acclaimed cultural center that comprises two sites: Splendid China Miniature Park and China Folk Cultural Village. Start with a visit to the miniature park, and see human-sized replicas of Chinas iconic landmarks, from the Great Wall of China to the Forbidden City. Hear the history of the landmarks while walking around and make the most of personalized attention from your guide; learn about Chinese art, architecture, culture and customs, or anything else that grabs your attention as you explore!

Stop for lunch in the park, and then head inside China Folk Cultural Village and get to know about the different people of China. Some 56 ethnic groups are united in the country, and the site exhibits examples of their different cultures (architecture, cuisine, crafts and festivals) with replicas of their typical villages. Explore sites like Gao Shan Village to learn about the Gao Shans mountainous farming communities, or visit Zhuang Village to see their communitys skillful weaving and embroidery work. As you walk around, browse the villages for handicrafts to take home, or sample some of the local snacks that are on offer.

After spending roughly five hours at Shenzhen's Splendid China Folk Village, leave Shenzhen and travel north back to Guangzhou. Your tour ends at your hotel in the early evening.

Adult pricing applies to all travelers; infants are free of charge