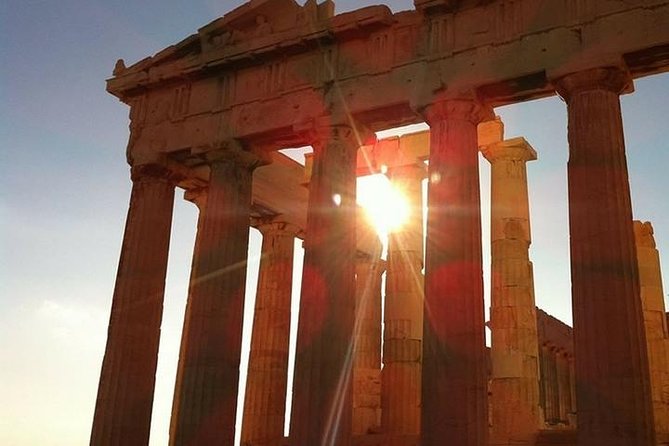 One of our most popular tours is the sightseeing in Athens and wine-tasting tour in Nemea. It combines sightseeing and wine tasting in a truly memorable experience you can enjoy only in Greece! We will travel through the wine roads of Nemea and you visit some of the best Greek wineries together with important sites of Ancient Nemea.
Itinerary: Athens Corinth canal Nemea Wineries Athens
Highlights
An 9 hours private tour in Greece, full of culture and flavor
All important archaeological sites in Athens, such as the Acropolis and the Parthenon
The Corinth canal and the gorgeous countryside of Peloponnese
The famous Greek wineries of Nemea with their unique wines

This is a full day tour that takes you to the best parts of Athens, the ones you simply cannot miss. It combines the citys classical and modern sites along with some of the best wineries in close proximity to the prefecture of Attica.

The full day private tour starts with a city tour overview of Athens that will take you to the Constitution Square and the Tomb of the Unknown soldier, just in front of the House of the Parliament and the ex-Royal or National Gardens. You will pass by the Panathenaic Stadium, which hosted the first modern Olympic Games in 1896. You will also drive along Panepistimiou Avenue, which is one of the most central avenues in Athens where you will see the Trilogy of Neoclassical Buildings that stand out due to their beauty and architectural style: the National Academy of Arts, the University of Athens and the National Library. The sightseeing tour in Athens will continue taking you to the Temple of Olympian Zeus and the Arch of Hadrian that stands just in front of the archaeological site, typically dividing the modern from the ancient city of Athens.

The highlight of the sightseeing tour is the visit to the Acropolis and the Parthenon, the crown of the city. Entering the archaeological site of the Acropolis, you will pass by the main gates, the Propylaea, and you will admire the Temple of Athena Nike and the temple of the Erectheion, known mostly for the Porch of Maidens (Caryatides).

After your city tour, you will head for the famous wineries of Nemea in South Greece. Driving along the coast of the Saronic Gulf, you will reach the Corinth Canal after an hour drive, and you will have the chance to admire the splendid views. After a short stop, you will head to Nemea, which is a town in Argolis famous for its wineries and the exquisite varieties of wines.

Nemea is also known as the hosting town of the Nemea Games, which were equally famous in the antiquity, as the Olympic Games of Athens. The games were organized to celebrate and honor Zeus and included both gymnastics and musical games. Except for the sightseeing tour, you will also visit the famous local wineries. Nemea is the place where numerous wine varieties are produced, and home of some of the most famous Greek wineries: Boutari Matsa Estate, Domaine Evharis, Katogi-Strofilia S.A. and Semeli Wines. You will taste some elect red wines, with the Agiorgitiko variety being the most famous one. Some of the most known wines based on this variety are the Anemos, Amos, Stone hils, Vissino and The art of Sun wines that you will have the opportunity to see and taste if you like. These wines are famous for their rich aroma and full flavor.

After the wine tasting, the tour will bring you back to Athens in afternoon, dropping you off at your hotel or cruise ship

Your private chauffeur/guide will discuss a program best suited to your interest and mobile abilities following the program mentioned above.

Option for a professional tour guide with a state license at an extra cost to escort you inside the archaeological sites and museum according to the program.