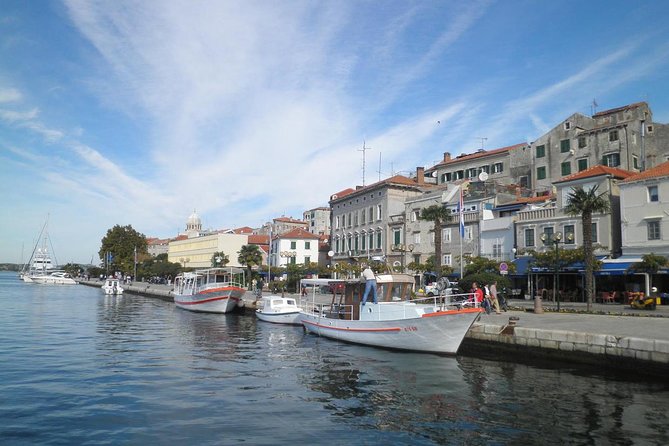 Enjoy a Full Day Tour and explore Sibenik, one of the "newer" cities in the Adriatic coast. Along with that stop, make a journey to Trogir, with traces of life from the early Stone Age, a quiet town just near the Split airport.

Tours starts with pickup at 7:30am at your location in Split or surrounding area and head to Sibenik where you will arrive around 9am. ibenik has a special position among the cities of the Adriatic. Whereas Solin, Trogir, Hvar and Vis were originally Greek, then Roman and Byzantine before they became Croatian cities. Sibenik is a new town, built as a counterweight to Byzantine Dalmatia.

Depart for Trogir around 1pm and make a stop in Primosten, which is famous for its beautiful vineyards and beaches (one of which is ranked in the ten most beautiful beaches in Croatia). Continue your trip to Trogir, while enjoying the beautiful coastline. In the area around the city, there are traces of life from the early Stone Age, which is at least 50,000 years old. Trogir, situated near the airport, has become very popular among tourist and the island of Ciovo is, among others, loved by the people who love quiet and peaceful areas for their vacation. Head back to Split and arrive around 6pm.