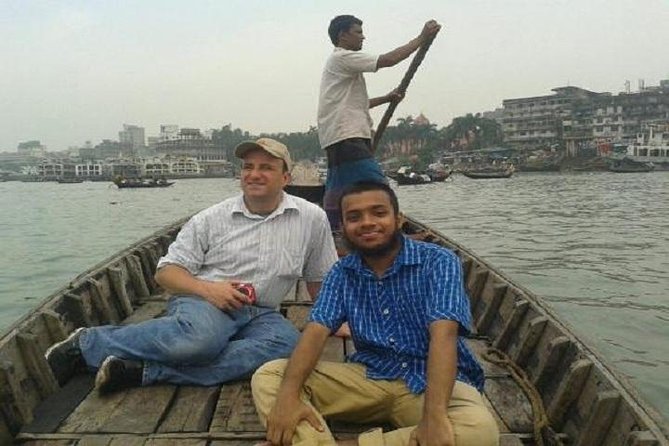 Day 1: At 08:00 am our tour guide will pick you up from your Dhaka Hotel and start Dhaka City Tour. Your first stop will be Baitul Mukarram Mosque-the national mosque of Bangladesh. The Mosque was completed in 1968 and the Mosque has a capacity of 30,000, giving it the respectable position of being the 10th biggest Mosque in the world. Then proceed for Nawab (King's) Palace which is also known as Ahsan manzil or Pink Palace. Ahsan Manzil is an attractive tourist spot in Dhaka. It is one of the most meaningful architectural heritages of Bangladesh. It is situated in Old Dhaka on the bank of the river Buriganga. (Ahsan Manzil Closed Thursday). Explore Sadarghat river front (enjoy one hour boat riding in Buriganga river. Next continue to Star Mosque which is also known asTara Masjid, is amosquelocated in Armanitola area,Dhaka,Bangladesh. The mosque has ornate designs and is decorated withmotifsof blue stars. It was built in the first half of the 19th century by Mirza Golam Pir. Next you head to Armenian Church. Armenian Churchis located at Armanitola in Old dhaka, about 350m south of the Star Mosque. Then visit Lalbagh fort. Lalbagh Fort (Fort Aurangabad) is an incomplete Mughal Palace fortress at Dhaka on the Buriganga River in the southwestern part of the old city of Dhaka. Prince Muhammad Azam, son of Emperor Aurangzeb, began the construction while he was serving as the Viceroy of Bengal. Main attractions are - Tomb of Pari Bibi, Lalbagh mosque, Audience hall and Hammam Khana (bathing place) of Nawab Shaista Khan. Then enjoy Dhakeshwari Temple, Curzon Hall, Shahid Minar and National Parliament Building. By evening we will drop you at your Dhaka Hotel.
Day 02: At 8.00 am we will pick you up from your Dhaka Hotel and drive to Banglar Tajmahal. Then move for Sonargaon. You will visit The Folk Art Museum or Folk Art and Crafts Museum is located on a picturesque fifty hectare piece of land that consists of breathtaking landscapes, peaceful artificial lakes and ponds, and of course the structures that make up the Folk Art Museum complex (Wednesday & Thursday is closed). Then enjoy boat riding on the lake inside the foundation premises. Later on we will go to Panam City (Panam Nagar) to see the beautifully decorated buildings constructed around the end of 18th century. We will visit Goaldi Mosque that was built in 1519. After having lunch at Sonargaon local restaurant start Bouddhar Bazar. You will board to the boat at Bouddhar Bazar. You board on our wooden boat (Engine Driven) to join this Cruise on Meghna River adventure. Explore the remote island Nunertek villages of the widest river of Bangladesh that are only accessible by boat. Explore lifestyle of island people. Stop at any island in the middle of river, swim and have more fun. Enjoy the Hilsa fishing and the activities of villagers. Then we will take you back to Dhaka and drop your Hotel.

Any item not included in inclusions

Group discount is available for group size of 2, 3 or more