Rome Most Wanted - Beauty Of Baroque

Rome Most Wanted - Beauty Of Baroque 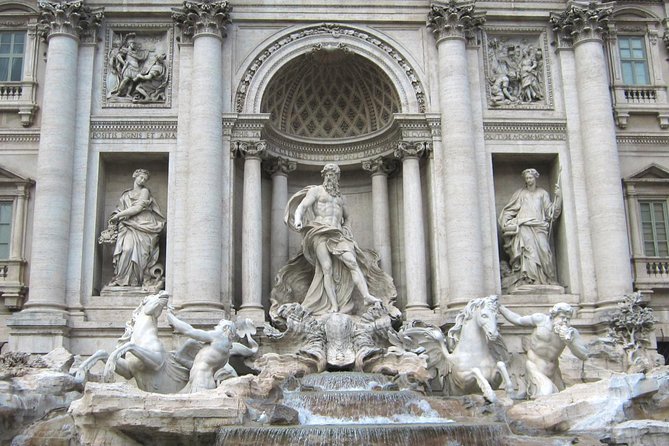 This fully private and exclusive tour covers entire Baroque Rome. Bernini, Borromini, Pietro da Cortona, architects of an ecclesiastical revolution during the reigns of patron popes Urban VIII, Innocent X and Alexander VII, created epic works of grace and majesty towards the end of the Counter-Reformation. Time spent with your local expert guide is approximately 3.5 hours. After your fully private tour experience, you will be given priority access tickets into the Borghese Gallery forthe self-guided portion. Recommended time inside the Borghese Gallery and Museum c. 1.5 hours.The legacy of Roman Baroque endures!

17th century Baroque Rome was the period during which the Roman Catholic Church took artistic control in almost every respect. Exceptionally talented architects and painters became the standard bearers for Catholic propaganda, and in doing so, engendered the classical traditions of Rome which have come to define the city in modern times. Taking Carlo Maderno's lead, Da Cortona, Bernini, and Borromini created outstanding works of art, all of which have become must-see sitesin Rome due in no small part to the overflow of stylistic excess apparent in each. Of course we cover all the highlights, but the modus operandi of this tour proffers an academic focus on Roman Baroque art and architecture.

You will visit a large number of churches, palaces, piazzas and fountains, including the Church of Santa maria della vittoria ("Ecstasy of Saint Teresa" marble), Church of Sant'Andrea al Quirinale (designed by Bernini between 1658-1670), Sant'Andrea delle Fratte ("Angel with the Crown of Thorns" and "Angel with the Superscription I.N.R.I." - both originally destined for Ponte Sant'Angelo but kept by Pope Clement IX), Church of San Carlo alle Quattro Fontane (Borromini's tour de force of Baroque architecture, and his first commission), Rome's Jesuit church of Sant'Ignazio (Andrea Pozzo, High Roman Baroque), Santa Maria sopra la Minerva ("Elephant and Obelisk", "Memorial to Maria Raggi"), Piazza navona and Church of Sant'Agnese in Agone, St. Peter's Square (design, colonnades) and Basilica (including the Tomb of Pope Alexander VII and "Saint Longinus"), Piazza Barberini to see Fountain of the Triton and Fountain of the Bees, Basilica di Santa Maria Maggiore (sculpture of Philip IV) where Gian Lorenzo Bernini was buried in 1680, and other sites time permitting at the discretion of your guide.

Your skip-the-line ticket for theBorghese Gallery and Museum (self-guided) will introduce you tothe absolute masterpieces of Roman Baroque.

A dress code is required to enter places of worship and selected museums. No shorts or sleeveless tops allowed. Knees and shoulders MUST be covered for both men and women. You may risk refused entry if you fail to comply with these dress requirements.