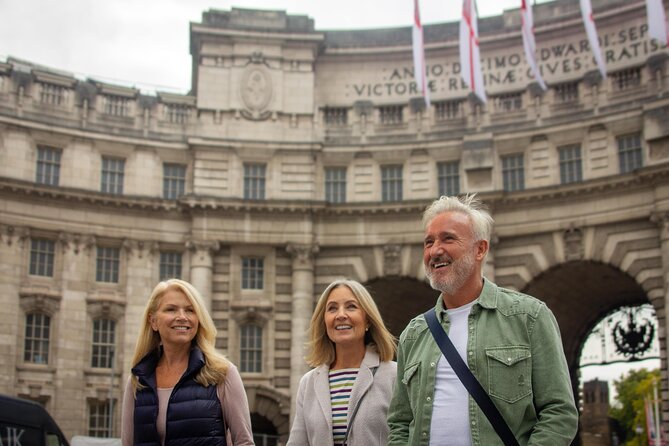 You'll follow your host on a journey through London's royal past as you explore the age-old route from Westminster to Covent Garden. This iconic district, which has deeply entrenched political and royal roots, is steeped in history dating back centuries. Get to know some of the political histories of Westminster and soak up the beautiful surroundings of its pristine royal parks, treasured statues, memorials and galleries.

Within 24 hours after booking you'll receive a short questionnaire about your personality and interests. Based on your responses, you'll be assigned a like-minded host. Your host will communicate with you directly to suggest an itinerary to help you discover what makes the city unique. You will also agree on a meeting time and place. Your itinerary is flexible, so during the experience, you can always change your mind about what you want to do.

Explore Londons parliamentary and regal side with a knowledgeable Local Host, who will be able to show you everything you wish to see and more in this iconic neighbourhood on a totally personalised and custom experience.

Start by exploring the stunning Palace of westminster, home of the UK Parliament, and Westminster abbey, the iconic venue of so many Royal Weddings over the years. Your Local Host will let you into some local knowledge about the buildings and their surroundings too! and help you to navigate around the tourist traps and crowds.

This area isnt just about Westminster however, as just down the road youll come across one of the most famous streets in Britain, home to parliamentary officials past and present. Feeling thirsty? Your Local Host can introduce you to a pub renowned for its political and parliamentary regulars, and local stories too!  If youre seeking some tranquillity in the centre, your Local Host will be happy to escort you to one of the picturesque Royal Parks and this area of London is also home to statues and memorials of composers and previous Prime Ministers.

Visit iconic Trafalgar square too, the perfect spot for some memorable pictures. Your Local Host will happily introduce you to one of the local cafes, shops or venues which are nestled in-between these iconic spots. Perhaps youd like to stop for a coffee in a caf nestled deep in the crypt of one of Londons oldest churches, or visit a well-known art gallery? Your Local Host will plan your time entirely around what you want.

As your experience comes to an end, explore one of Londons trendiest shopping areas and get some excellent advice from your Local Host on where to eat, drink and see for the rest of your trip, from rooftop cocktail bars to the best West end shows, get some local hints and tips and make the most of your stay!

4 hours with a Local Host

Tickets to any attractions (most museums and galleries are free)

After booking, you will receive a short questionnaire, so youll be able to tell us more about your interests and preferences. Based on your responses youll be matched with a like-minded Local Host.

Cancel up to 7 days before your experience and get a full refund.

Your meeting point is flexible, and to be agreed with your Local Host. Meet-up at your hotel or accommodation can be requested, or your Local Host will meet you at a convenient location close to the start of your experience.