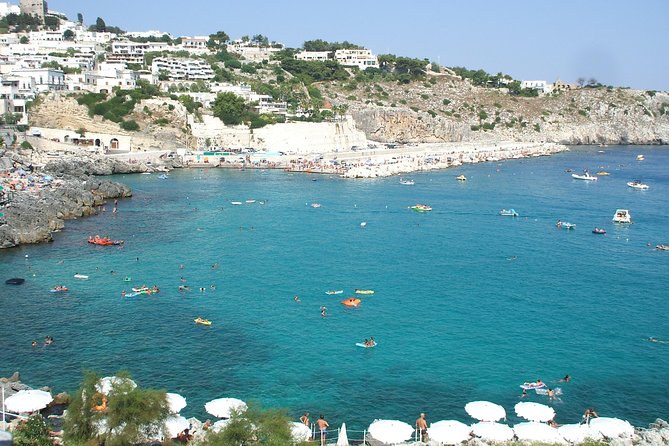 Discover one of the most beautiful villages on the Apulian coast

Explore the ancient Aragonese castle and its museum

The guided tour of Castro begins with the visit of the Mother Church dedicated to the Madonna Annunziata, the church was erected on a Greek temple.

Of Romanesque design, the interior is characterized by a high altar in Baroque style and numerous paintings such as the Madonna Annunziata, protector of the village.

Following the tour will continue in the narrow streets of the historic center until you get a suggestive view of the sea and its Aragonese castle, built on the remains of the oldest Byzantine fortress.

The castle has a rectangular plan with four corner towers. Entering there is a courtyard formerly used to store agricultural products that were marketed, and a large scale, now disappeared, with which you accessed the upper floors. In the courtyard there are also the doors of the rooms on the ground floor.

Inside you can visit the "Antonio Lazzari" Civic Museum with the permanent archaeological exhibition "Castrum Minervae: between Greeks and Messapi", which allows you to admire the numerous and various finds from recent excavation campaigns in the area of the historic center