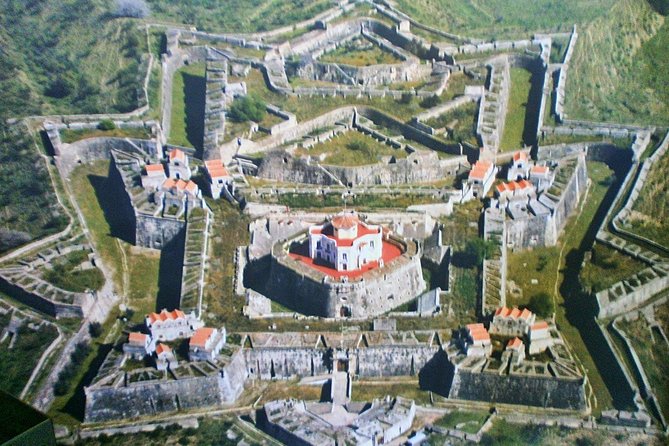 Enjoy visits Elvas (Alentejo Region) less than 2 hours drives from Lisbon and Badajoz (Spanish border city) only 10 minutes from Elvas. Affords a rewarding 10 hours Private Tour experience to discover the biggest fortified city in Portugal and Europe. Elvas is a Portuguese former episcopal city and frontier fortress of easternmost central Portugal. Elvas is among the finest examples of intensive usage of the trace italienne military architecture, and has been a World Heritage On arriving Elvas explores the historical town and visit Fortifications list of UNESCO World Heritage Sites in 2012. After lunch cross the Portuguese border with Spain to visit Badajoz a city known for its Moorish historic quarter with the fortresslike Cathedral of San Juan Bautista. the Alcazaba of Badajoz - a Moorish citadel with fortified walls and verdant gardens and the 12th-century Espantaperros Tower Castelar. Your Private tour also includes a pick-up (8:00am) /drop-off (6pm) and driver/guide.

For those who are in Lisbon, we designed a magnificent Tour to discover the emblematic city of Elvas and Badajoz (Spain). A visit to Elvas is a mandatory destination to add to your list of places to visit in Alentejo. and the frontier with Spain - Badajoz

At 8 AM, our private tour guide will pick you up at your Hotel and will drive you to Elvas where we will arrive at 10:30AM after a stop to relax and take a drink or eat. In your arrival at Elvas, your driver/guide will lead you to the citys Main sites like Roman Catholic Diocese of Elvas and the two forts of Santa Luzia and Nossa Senhora da Graa.

Elvas city it was wrested from the Moors by Afonso I of Portugal in 1166 but was temporarily recaptured before its final occupation by the Portuguese in 1226. In 1570 it became an episcopal see, the Roman Catholic Diocese of Elvas, until 1818. Its late Gothic cathedral, which has also many traces of Moorish influence in its architecture, dates from the reign of Manuel I of Portugal (14951521).

It is defended by seven bastions and the two forts of Santa Luzia and Nossa Senhora da Graa. From 1642 until modern times it was the chief frontier fortress south of the Tagus, which withstood sieges by the Spanish in 1659, 1711 and 1801. Elvas was the site of the Battle of the Lines of Elvas in 1659, during which the garrison and citizens of the city assisted in the rout of a Spanish Army. T

The fortress of Campo Maior 15 kilometers (9.3 mi) to the northeast are known for its Napoleonic era siege by the French and relief by the British under Marshal Beresford in 1811, an exploit commemorated in a ballad by Sir Walter Scott. The Garrison Border Town of Elvas and its Fortifications were added to the list of UNESCO World Heritage Sites in 2012

Lunchtime at 1PM (included in the tour price) at Elvas City. Enjoy dishes of excellent regional cooking, with good-value, high-quality aorda (a kind of bread soup), lashings of Plumas de porco preto (pork), shellfish and all kinds and bacalhau (codfish).

After we will have time to visit Badajoz downtown, Puente de Palmasand the Fuerte de San Cristobal and the Alcazaba, or fortress, that was the origin of the city, the dwelling of the Kings of the Taifa Kingdom and the defensive structure which made Badajoz a strategic fort to control the area's historical borders.

At 4:00PM is time to back to Lisbon with a stop drive at Evora to see the Praa do Giraldo that is the main central plaza of Evora and is the heart of the city. The square is lined with exquisite examples of 16th century Gothic architecture, while the simplistic Igreja de Santo Antao stands at one end of the square.

The arriving in Lisbon will be around 6PM

Enjoy an experience that will leave lasting memories and the desire to return to discover more!