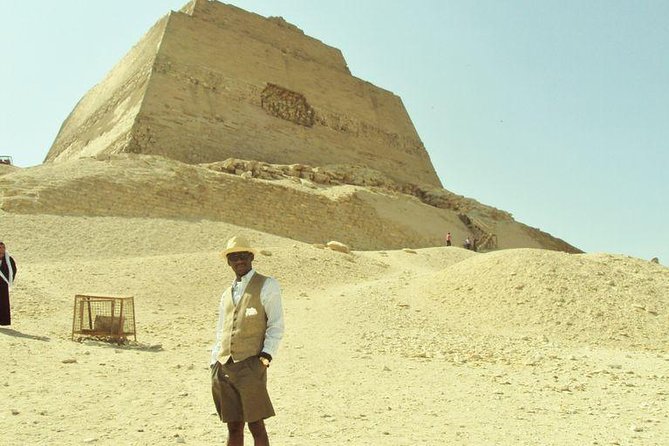 Only 47 miles (76 kilometers) south of Africa's most populated city of Cairo, lies the oasis town of Fayoum. The main attraction in this tranquil town are the wooden waterworks, yet another example of the ingenuity displayed by ancient Egyptian engineers.

Originally named Crocodilopolis, then Arsinoe, Medinet El-Fayoum was the main place of worship of the crocodile god, Sobek. Apparently, during ancient Medinet, crocodiles were adorned with gold and fed honey cakes and meat by the priests.

Of interest are the huge wooden waterwheels, another incredible engineering feat by the ancient Egyptians, though less known than the mighty Pyramids. The waters of the Bahr Yusef are distributed throughout the oasis from Medinet, the capital of the Fayoum. Approximately 200 of the great waterwheels are located throughout the oasis. The Seven Waterwheels, a Fayoum landmark, are surrounded by mangoes, palms and willows.

A great stone obelisk was erected in honor of Senwosret I in Abgig during the 12th Dynasty. It was discovered on the ground in two pieces during the 18th century and was recently reconstructed and erected in Medinet.

Experience a Private and an expert Qualified Egyptologist guide.

Pick up from hotel and drop off.

Bottled mineral water during the tour.