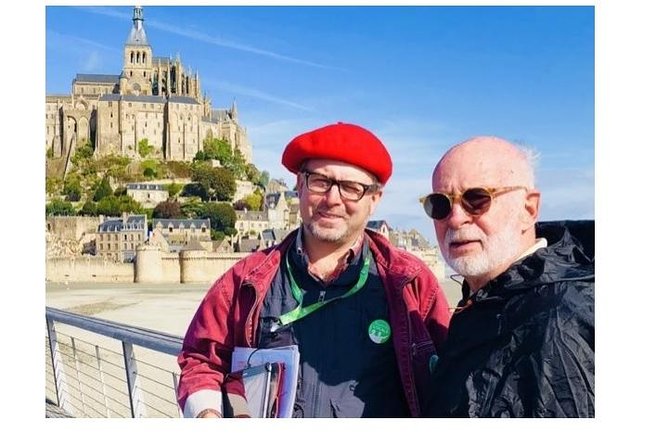 Discover one of Frances most stunning attractions during this 10-hour, full-day tour of Mont-Saint-Michel. The UNESO World Heritage Site draws millions of visitors every year for its coastal, Gothic splendor. On this private tour, meet your guide in the city of Caen in the morning, after taking a train from Paris. Following breakfast and a brief tour of Caen, hop in a private minivan and make your way to Mont-Saint-Michel. After the tour, enjoy some calvados and sausage in a village nearby before taking an evening train back to Paris.

Board an early-morning train from Paris, arrive in the historic city of Caen in Normandy at 8:53am, and find your private guide. From the train station, youll embark on a full-day, 10-hour tour of Mont-Saint-Michel and the surrounding sights. A UNESCO World Heritage Site, Mont-Saint-Michel is one of Frances most-visited landmarks.

Before heading to the coastal landmark, though, youll enjoy a breakfast of croissants and coffee with your guide, and a brief walking tour of Caen, which was founded by William the Conqueror in the 11th century. After youve gone for a wander, hop in your air-conditioned minivan and drive for 90 minutes through the pastoral countryside of Normandy. Before your arrival at Mont-Saint-Michel, you will stop in the nearby town of Avranches, which was once home to Saint Aubert, Bishop of Avranches the 8th-century founder of Mont-Saint-Michel.

Next, venture across the water to the destination itself. Break for an omelet lunch at La Mre Poulard (for an additional fee) before being led on a comprehensive tour of the Benedictine abbey and its stunning surroundings.

Once youve seen the sights, relax with a traditional sausage and calvados snack in a nearby village before heading back to your vehicle. The tour concludes at Caen, when you board your 6:54pm train back to Paris.

Please specify any dietary requirements at time of booking