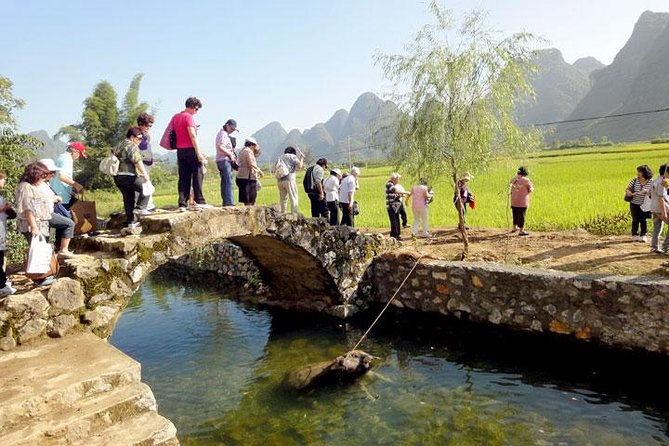 The locals sometimes refer Guilin as the "Paradise on Earth" in view of its stunning natural beauty and Li River cruise is a highlight among all the Guilin tours. Join this essential day tour to enjoy the beauty of Li River cruise to Yangshuo, which lays in the shadow of amazing Karst formations along the River. And you will be transferred through the countryside with all the eye-catching views during the day.

The scenic areas along Li River are considered the highlights of Guilin and it would be a pity if you miss those areas when visiting Guilin. Taking a cruise is also the best and the most relaxing way to experience it.

The excursion begins after your guide picks you up at your hotel lobby in the morning. Enjoy the drive to Zhujiang dock to board one of the best cruises on the Li River. As the ship departs from Guilin at about 9am, your fantastic cruise journey starts. Your guide will escort you on board and give you an introduction on the different sites along the way. Once you are there, you would find out what it means by "picturesque"!

The lunch served on the cruise today is simple Chinese lunch box. You are suggested to have a hearty breakfast this morning. The cruise will arrive in Yangshuo after approx. 4 hours. Then take a trip to a local village where you can experience the most authentic rural scenery. Afterwards transfer you back to your hotel in Guilin (approx. 1.5-hour drive).

Gratuities to guide and driver (recommended)