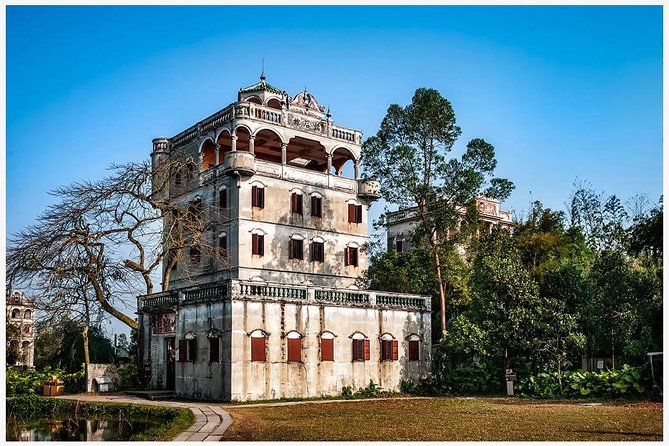 Kaiping is located in the southwestern part of the Pearl River, 100 km away from Guangzhou. It is one of the renowned homes to overseas Chinese. Kaiping is famous for the multifunctional houses with their own style, as well as "Diaolou".

In Kaiping, the special and unique house is called Diaolou or watchtower. Diaolou is well recognized the World Heritage UNESCO. A combination of Chinese and exotic architectural styles is one of the features of this kind of building. In the late Ming Dynasty and early Qing Dynasty, the local people began to build multi-storied, defensive houses called Diaolou. If you are interested in the functions of Diaolou, come to Kaiping and let our tour guide explain the details. These watchtowers not only boast ancient Greek and Roman flavors, but also blend Gothic, Ialamic, Baroque and Rococo styles. They feature the harmonious integration of varying foreign architecture patterns and the preference of the house owners.

Zili Village lies in Tangkou Town, about 12 kilometers from Kaiping. It enjoys the most exquisite, best-preserved, densely located buildings of such kind. Fifteen houses in existence in this village are all ranked as cultural relics of national importance under the protection of the state. Mingshilou, a five-storey residential house, is the fanciest. It was built in 1925, made of armored concrete. At its top stands a hexagonal observation tower, displaying a fusion of Chinese and western structural and decorative forms. On every corner of its fifth floor rises a hornwork. Local people called them Swallow Nest. This house has a massive body, solid iron doors and windows. It has quality designed furnishings and complete living facilities.

In Chikan Town, we may enjoy Yinglonglou, Dragon Meeting Tower. It was built in Ming Dynasty. The design and construction of this house was free from the exotic architectural influence.