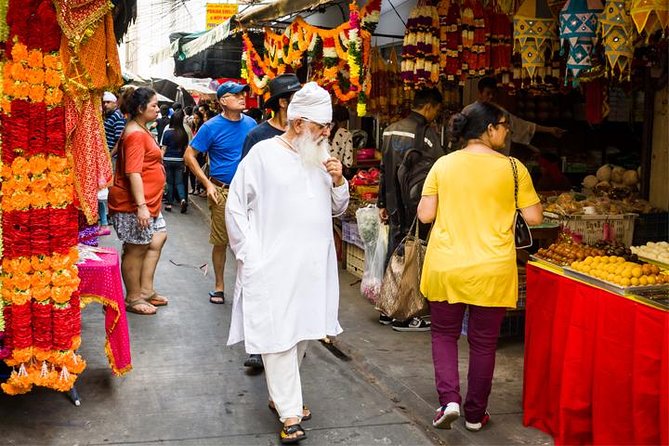 This private tour will explore the multicultural streets and markets in Bangkok including Flower Markets, Indian Town (Phahurat market), China town and Sampeng market. Visit the famous Buddha Statue at Wat Traimi, and the Old Siam Thai Cotton and Silk Floor as well.

Bangkok is rich with different cultures and diversity. Explore the Flower market , Indian town and China Town together with the colorful markets of the neighborhoods just in half of day.

Including the markets tour, you will also get to visit one of the most important temples in Thailand, The Wat Traimi. Here you will get to see the world's largest solid gold image of the Buddha.

The Phahurat market is also called Little India as the Thai Indian community is settled in the neighborhood. This street is a treasure box of Chinese and Indian heritage, mixed culture, lifestyle and delicious and rich food here.
The Old Siam Shopping Center on Thai Silk and Thai Cotton Floor. This is to learn and see the variety of Thai silk and Thai Cotton which will vary in pattern and style depend on the different regions.

This is the plan: