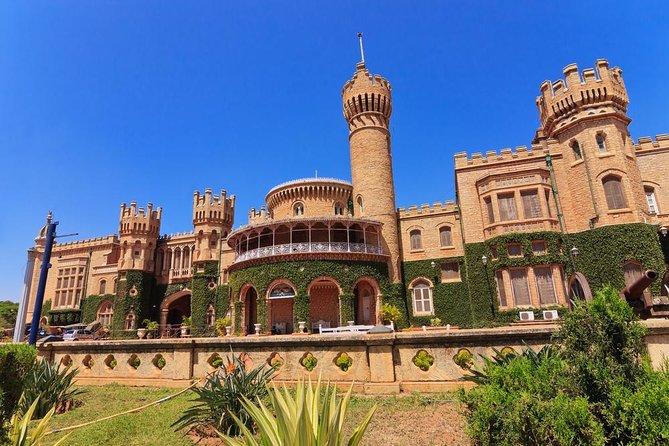 See the breathtaking palaces of Bangalore on a private half-day tour! Travel by private air-conditioned vehicle to the spectacular Bangalore Fort (Kempegowdas Fort) and learn about the historical significance of this 16th-century defense, originally made of mud brick. Visit the nearby Tipu sultan\'s palace; it's a replica of the Daria Daulat Palace of Srirangapatnam. Behold the magnificent architecture and interior design of the stunning Bangalore Palace. You can enjoy undivided attention and illuminating commentary from your expert guide on this private tour.

After hotel pickup by private vehicle, your knowledgeable guide will transport you to Bangalore Fort, located opposite the city market in Bangalore. Initially constructed by Kempe Gowda Bangalores founder in 1537, the fort was rebuilt and expanded by Hyder Ali and his son Tipu Sultan, the emperor of Mysore, in the 18th century.
As you privately tour Bangalore Fort with your guide, hear anecdotes about its historical role in the sultans resistance to British rule. Admire the Islamic style of the gate's intricately carved arches, and glimpse the well-preserved 16th-century Ganapathi Temple within its courtyard, where Hindu devotees pay homage to Lord Ganesh.
Visit Tipu sultan\'s palace, a two-story teakwood palace completed in 1791 by the sultan as a summer retreat. Adorned with pillars, arches and balconies, it resembles the Daria Daulat Palace in Srirangapatanam. In the palace museum, marvel at the clothing and crown of Tipu Sultan as well as silver vessels given by a general to Hyder Ali.
Your guide will accompany you to Bangalore Palace, built by a Wodeyar king in the Tudor style. Ogle Gothic windows, foiled windows, battlements and turrets. Walk through picturesque gardens leading to the main entrance, and view exquisite floral motifs, cornices and relief paintings that decorate the elegant palace walls and ceilings. Then, head to the Bangalore Palace gallery to see historical photos and elegant carvings on display before your guide delivers you back to your Bangalore hotel.

Please note that dress codes are conservative throughout India; modest and respectful clothing that covers the shoulders and knees are recommended