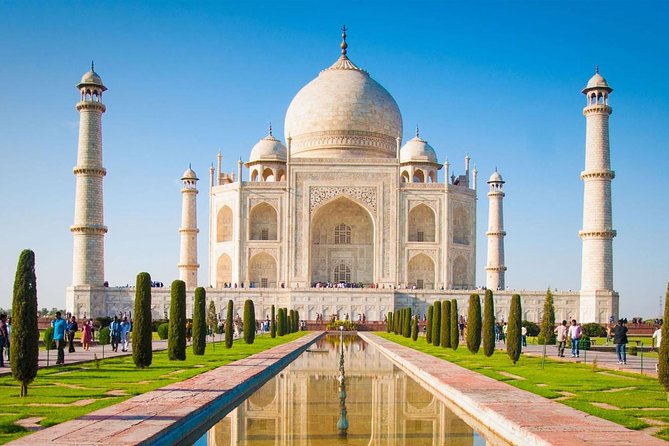 Agra Taj mahal Private Day Tour is day tour will be start from Agra at 07.00 Hrs in the morning from your place wherever you are staying and will pick-up and our experience driver will take you to taj mahal where our guide will meet you and do the the guiding for Taj Mahal. Taj Mahal one of the world famous attraction in India which can be done as same day trip.
Highlights of Agra Taj Mahal Day Tour are The Taj Mahal, Agra fort, Fatehpur sikri, We have given you the day to day program of Agra Taj Mahal Day Tour.

7:00 AM Pickup From Hotel (Agra) and Visit Taj Mahal
Our Driver will pickup from your hotel and proceed to Taj Mahal - was built in the 17th century by Mughal Emperor Shah Jahan as a memorial for his beloved wife Mumtaz.. Explore The Taj Mahal with Well Knowledge Tourist guide. Spend 2 hours in Taj Mahal.

9:30 AM Agra Fort
After Taj Mahal Move to Agra Fort - was built in 1565 A.D. and it is another majestic creation of the Mughal Emperor Akbar. Spend 2 hours in Agra fort.

12:45 PM - Lunch and Drive to Fatehpur SIkri (40 Kms from Agra by road)
Enjoy a lunch break at an air conditioned multi-cuisine restaurant. Just after lunch proceed for the tour of Fatehpur Sikri. Fatehpur Sikri also known as Ghost City, built by Emperor Akbar in the 16th century, with marvelous red stones work in the palaces.

5:30 PM Back to Agra
After Fatehpur, spend your last hour enjoying a bite to eat or coffee at a nearby restaurant.

Later, youll be transferred to your pre-booked hotel or Agra Cantt railway station for the return journey to New Delhi.

Hotel pickup and drop-off( In agra)