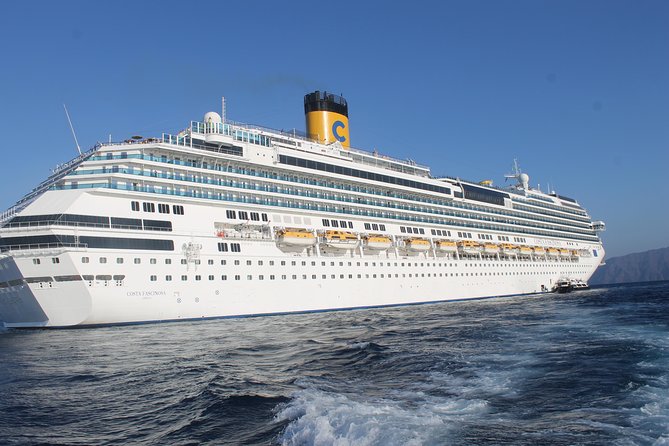 Start your cruise to Rome stress free with a pre-booked private transfer from Fiumicino Airport to Civitavecchia port. Enjoy a professional service by luxury vehicle, and relax as your driver takes care of the unfamiliar roads.

Travel in style and comfort between Fiumicino Airport and your cruise ship terminal at Civitavecchia port, and start your cruise stress free.
The transportation provider has a proud history of punctuality, and the professional service is available 7 days a week to suit your needs.
For arrivals at Fiumicino Airport, your driver will meet you at the arrival terminal. Then, sit back, relax and enjoy your ride.
The driver will be holding a sign with your name on it for easy contact. Forget the stress of everyday life, and enjoy the services of a chauffeur-driven service by luxurious Mercedes.
Before getting on board, ask to enjoy a 3-hour tour of Rome. Book a ride in the city.
After collect the luggage, pass through the sliding glass door. You will meet the driver in the terminal meeting point.

3-hours Tour of Rome (if option is selected)

Please provide the following information when booking: Name of airline Flight number Departure city Departure time/arrival time Cruise ship name For any other information, please contact +390698871814 or +393533819044 or write an e-mail to info@romaetravel.com.