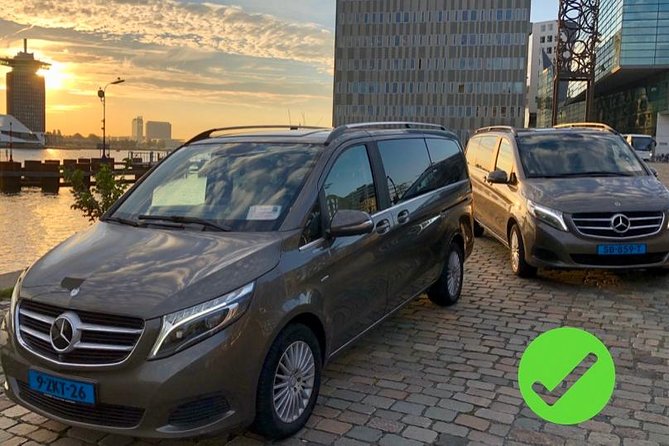 Private transfer with luxurious car or minivan from Schiphol (airport) to any location in Amsterdam incl. the cruise port (PTA) or any other port in Amsterdam.

Enjoy a smooth ride in one of our young vehicles like Mercedes, BMW or Audi from Schiphol airport to Amsterdam.

Your driver speaks Dutch and English and will be dressed in a suit with tie. Other languages available on request.