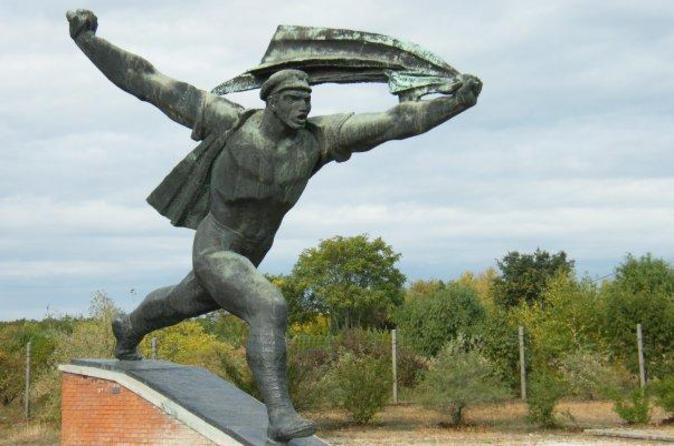 This private tour takes you through Hungarys fascinating and turbulent communist history filled with victories, failures and struggles, from the rule of Big Brother to the fall of the Iron Curtain and everything in between. You'll get an in-depth historical overview of Budapest as you tour Memento Park (formerly Statue Park) and visit other famous historic sites including the Hungarian Parliament. Hear stories about the Hungarian Revolution of 1956, WWI and WII, and the collapse of the Soviet Union and the fall of the Iron Curtain. At the end of the tour you'll visit a private exhibition hall to witness what life was like for Hungarians living under communist propaganda. This private tour ensures an intimate experience of Budapest and personalised attention from your guide.
Go back to the good old times when we drove Trabants, drank spirits at work, lived in block flats, stood in Banana Lines, had two passports, coupon books, no TV on Mondays and no freedom of speech!

We summarise how it all started, how Big Brother told us what to do and what not to do. Well teach you about how life was like behind the iron curtain. How children were brought up, how families lived, how we travelled, where we could travel, how long it took to get a passport and many other interesting experiences from black markets to banana lines.

At the start of the tour we go out to the famous outdoor Statue Park by private car (where we put all the communist statues after our change in 1990) for a guided tour learning the symbolism of the statues from Lenin, Marx and Engels, Friendships and liberations. We cover the ideas behind them and where they were placed in the city and for what reasons. Also at the park we will visit some exhibitions of communism related themes that is ever changing along with a real Trabant car that was originally designed to be a covered motorcycle and became a trademark as the Hungarian family car!

On the tour we go through the Hungarian history that shook the world with the 1956 revolution as one of the main highlighted themes. Prior to the revolution in 1956 a plethora of events such as the War of Independence, Great Compromise, WWI, WWII gave huge significance to the meaning behind the Hungarian quest for freedom. After delving through the recent history we take a microscopic approach towards the newly appointed communist government after World War II that led to the events of the 1956 Revolution.

The tour leads you through the remembrance of the first protests and marches and the first shootings and killings that led the Hungarians to fight back against an unethical regime and some of the major areas where all the action happened. Some of our stops and stories will be about our Liberty Square for Cardinal Mindszentys part in the revolution as well as the significance of the square and the last remaining tribute to the Soviet Union!

We will embrace the character of Imre Nagy by his memorial in remembrance of the man who defied the leaders in Moscow and paid dearly on the gallows two years later. Another stop will be the Parliament area where shots were fired, which instigated the revolt to take up arms and defend ones freedom.

The 1956 Uprising was a short lived battle on the streets but silently in the back of the minds of many Hungarians they plotted their flight from communism and finally laid to rest the memories through the reburial of Imre Nagy leading to free elections and a return to a free society.

Also included on the tour is our own private exhibition room. Where we will introduce you to the real features of a Hungarian home through relics to typical furniture and furnishings. Furthermore we have an extensive collection of many communist related relics, such as red and blue passports, party members registration book, pins, medals, currency and huge placards to help your understanding of the propaganda we once lived under!

Private transfer to Statue Park and back

Entry and guided tour of the Statue Park

Visit to our own private exhibition room

Transport from the end point

Participants will need to be fit for light continuous walking, for up to 1 hours

Important notice: Visiting the exhibition room requires the ability to climb one storey of stairs (with handrail)

Tour goes in all weather conditions so please dress appropriately