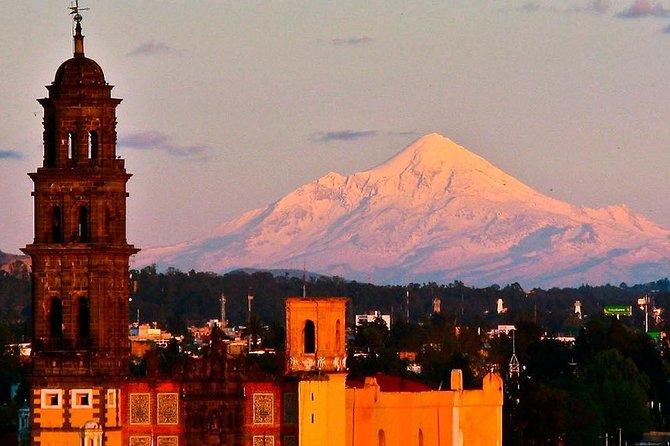 Visit Santa Mara Tonanzintla and San Francisco Acatepec to admire the beautiful Churchs of Indian Baroque style. We will also visit the worlds largest pyramid at the archaeological zone of Cholula with its 365 churches. Continue
to Puebla, Unescos World Heritage site, where the majority of its buildings are decorated with tiles and beautifully sculpted freestone; we will also see its majestic Cathedral at the main Square, the chapel of the Rosary, considered
the eighth wonder of the art world.

Your tour continues to Puebla where you'll see first-hand the UNESCO World Heritage site. The majority of its buildings are decorated with tiles and beautifully sculpted freestone. You'll also visit the majestic Church of Santo Domingo, a huge central square cathedral with pink stone and wall tezontle.

Hotel pickup and drop-off for hotels outside the pickup zone

- The time of return may vary due to traffic situations or the number of people.

- It is not advisable to book a tour on the same day of the departure of a flight, since we cannot be responsible for the loss of the flight, for any tour delay