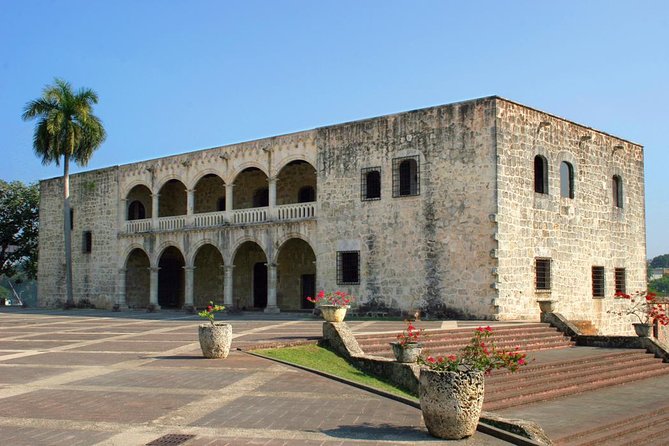 A visit to Dominican Republic is not complete without exploring Santo Domingo, the first city of the New World, and today, the capital of the Dominican Republic.On this day trip, visit some of the city's most well-known landmarks, including Diego Colons Palace and Calle de Damas. You'll also make a stop at Los Tres Ojos, famous caves! Lunch and round-trip transportation is included on this full-day trip.

Visit some of the most spectacular places of this rich colonial city including Diego Colons Palace (Son of the conqueror) and headquarters of the conquerors for many years the "Alcazar"; The Holy Cathedral Primada the first church in the New World, the Fortaleza, the National Pantheon and the first named street of America - the "Calle de las Damas".

You'll begin the tour with a visit to the famous caves "Los Tres Ojos". As an extra bonus, you'll also see the 4th "Ojo" via a small boat (no other tours show this 4th lake).

This is a full day tour and involves traveling to and from Santo Domingo which is a 2 hours 15 min drive each way thanks to the new highway. Entrance fees are included in the displayed price for Alcazar, Cathedral, Fortaleza and Tres Ojos.