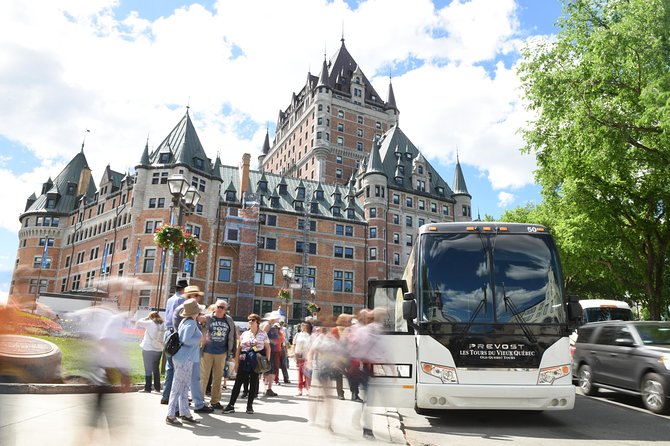 Make the most of your time while in port in Quebec City with this 2-hour shore excursion. Soak up the French atmosphere of Old Quebec and visit several historical treasures along the St Lawrence River. You'll be enchanted by the old-world charm and stunning beauty of sites such as Place Royal, the Plains of abraham and Place d'armes, and your friendly guide will offer interesting commentary along the way. This is an easy, comfortable way to see the city while in port!

When your cruise ship docks at the Quebec City port, walk a few minutes to the port departure point, where you'll meet your guide to begin your 2-hour sightseeing shore excursion.

Aboard a comfortable coach, soak up from quaint French atmosphere of Old quebec, the historic heart of French Canada, while hearing interesting stories from your guide about the city's history and culture.

Stop by Place royale -- what's known as the birthplace of French civilization in North America -- and admire the beautiful Plains of abraham, where the famous battle between the French and English armies took place in 1759.

Pass by picturesque Place d'armes and capture photos of the astounding Chateau frontenac hotel. You'll also see the city walls and learn about their important function centuries ago.

Your bilingual guide will offer commentary in English and French, if there are French passengers on board. After your tour, you'll be taken back to the cruise port.

Worry-Free Shore Excursion:
We will ensure your timely return back to the ship in Quebec City for this activity. If your ship is delayed and you are unable attend this activity, your money will be refunded. See our terms and conditions for full details.