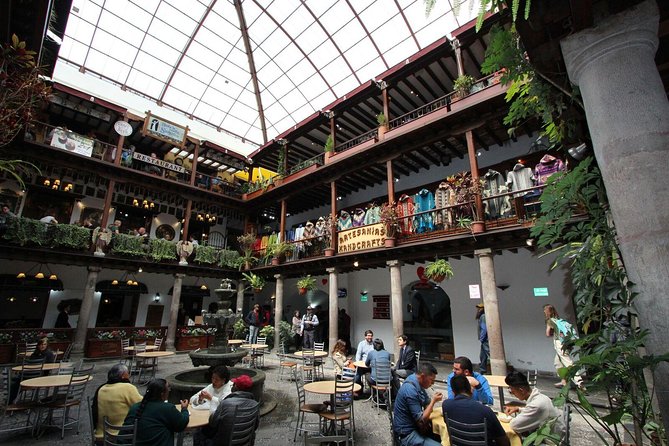 Telefrico of Quito is a cable car located along the flanks of the Ruco Pichincha volcano. Once there you can have a panoramic view not only of Quito, but also of the surrounding mountains topped with snow and the whole natural and ecological environment of the Andes. Quito city tour visit its historical center, admire ancient buildings, churches and squares.

This City Tour and Telefrico is a full day tour includes a visit to the Basilica Church, where we will make a brief stop and next, the San Juan Mirador from where you will have a beautiful sight of The Colonial Centre of Quito. After walking through the colonial streets we will then stop at the Independence Plaza admiring the Cathedral and the Governments Palace. Furthermore, we will visit La Ronda Street, The Company Church, Santo Domingos Church, The Sagrarios Church and San Franciscos Church, which was built during the 17th century.

After visiting the historical site, we will go to the Telefrico. This is one of the best ways to enjoy our city with views of beautiful valleys, snow-capped mountains and the capital Quito. From a point at more than 4050 meters (13.000 feet) you will enjoy magnificent views, as well as walking on the top for about one hour o more.

Entrance ticket to telefrico of Quito

Entrance fees as specified in the program